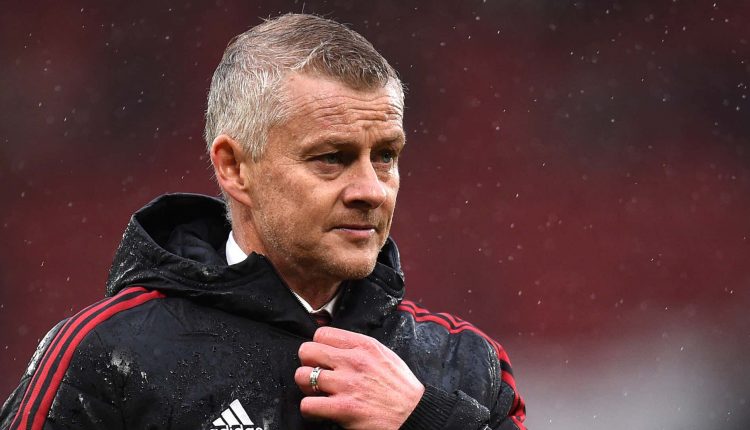 Manchester United have sacked Ole Gunnar Solskjaer, with the club confirming that the Norwegian coach is no longer at the helm.

The manager was dismissed following the Red Devils’ heavy 4-1 defeat at Watford in the Premier League on Saturday.

The loss was United’s fifth in their last seven matches in the league, leaving them 12 points adrift of leaders Chelsea.

What has been said?

Manchester United confirmed Solskjaer’s sacking in an official statement, with his assistant Michael Carrick set to take charge of the team on a temporary basis until a permanent replacement can be found.

“Manchester United announces that Ole Gunnar Solskjaer has left his role as manager,” the statement on the club website reads.

“Ole will always be a legend at Manchester United and it is with regret that we have reached this difficult decision. While the past few weeks have been disappointing, they should not obscure all the work he has done over the past three years to rebuild the foundations for long-term success.

“Ole leaves with our sincerest thanks for his tireless efforts as Manager and our very best wishes for the future. His place in the club’s history will always be secure, not just for his story as a player, but as a great man and a Manager who gave us many great moments. He will forever be welcome back at Old Trafford as part of the Manchester United family.

“Michael Carrick will now take charge of the team for forthcoming games, while the club looks to appoint an interim manager to the end of the season.”

Why has Solskjaer been sacked?

Pressure on the Norwegian coach had been increasing amid the Red Devils’ inconsistent run of results.

United got off to a good start in the 2021-22 campaign, winning three and drawing one in their first four Premier League matches, but started to struggle after a 2-1 loss to Young Boys in the Champions League.

They were then knocked out of the Carabao Cup by West Ham before suffering Premier League losses to Aston Villa and Leicester.

Fans called for the club to sack the manager after they were beaten 5-0 at home by Liverpool, but they bounced back with a 3-0 win at Tottenham the following week.

However, that result was followed up with another home defeat to rivals Manchester City before the international break, and then came the 4-1 thrashing at Vicarage Road on Saturday.

United are currently seventh in the Premier League, while they sit second in their Champions League group and two points ahead of third-placed Atalanta with two games to play in the round.

Thank you Ole. You did us proud . The last two months were tough but before that you restored some soul into the club. ❤️ pic.twitter.com/cseYVIFgqK

The former United striker was initially appointed manager on an interim basis in December 2018 but was given a permanent contract the following March.

United finished sixth in the Premier League that season with 66 points, and moved up to third the following year despite collecting the same number of points.

The 2020-21 campaign saw United come in second in the English top-flight as well as reaching the Europa League final, though they lost to Villarreal.

Solskjaer signed a three-year contract extension that summer as United hoped to keep him in charge for the long-term, but their recent results have forced the club to make a change.

In all, the Norwegian managed United for 168 competitive games, with a record of 91 wins, 40 defeats and 37 draws.