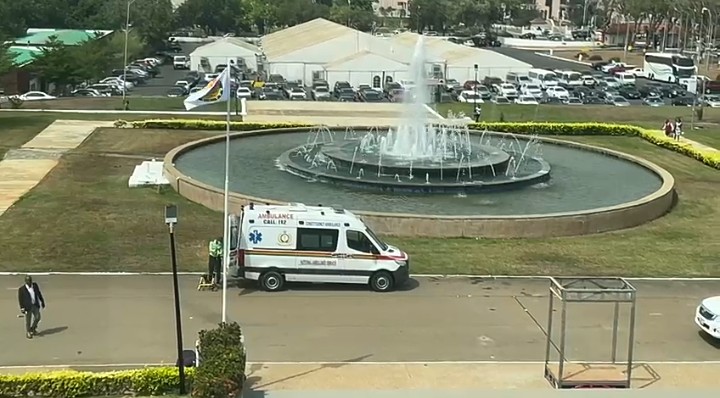 Gravely ill Chieftaincy Minister, Alexander Kojo-Kum has been ferried to parliament in an ambulance to assist in passing the controversial Electronic Transfer Levy (E-Levy) on Tuesday, March 29, 2022.

The Majority in the House has had challenges with numbers to pass the E-levy.

The Minority vowed to reject the E-levy whenever it is tabled before the House.

However, the Minister of Finance, Ken Ofori-Atta showed up in the Chamber Tuesday to move the motion on the E-levy despite objections raised by the Minority on the floor of the House.

According to the Minority, their objection to the motion is based on the fact that the E-ley was not captured in the business of the week.

“When the business statement was presented last week, it was not part of the business approved for the house. We have warned time and again and cautioned that we do want to be taken by surprise on a major economic policy of the government.

“Parliament cannot be that when a side is convenient with its number, then business can go on. It cannot be. We will not accept that culture. So when they did not have the numbers, they weren’t ready. Now that they have the numbers, then you say we should do business,” the Minority Leader, Haruna Iddrisu stated.