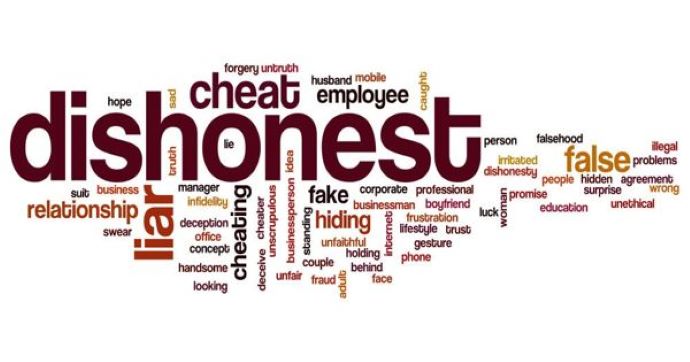 A major challenge faced by successive governments of Ghana over the years is the creation of jobs for the tens of thousands of the unemployed workforce.

In tackling the increasing unemployment rate in the country, private individuals establish businesses to absorb a percentage of the overwhelming numbers.

However, some business owners have bemoaned the dishonest and unscrupulous work ethics of their employees.

Speaking on Luv in the Morning on Luv FM, Economist and businessman, Evans Nunoo revealed that his trusted female employee embezzled funds from his company’s coffers to pay for the expenses of her boyfriend.

After attempts to get the employee to speak the truth, the distributor of petroleum products said the lady debunked claims of embezzlement. However, it was eventually discovered that the employee used part of the stolen money to buy a phone for her boyfriend.

“In my first experience, I employed this lady for my business thinking as a female, she will be lenient and not be a fraud. But unfortunately she stole huge sums of money from me. When I called her to demand answers, she told me it was the gods of her family that stole the money. I later investigated through her friends and I was told she was actually spending this money on a guy. And, at the time the phone I was struggling to buy was the phone the guy was using,” he told show host, David Akuetteh.

This is just one of the many complaints by private business individuals on why they refuse to entrust Ghanaians, including relatives, with their hard-earned business establishments.

Mr. Evans Nunoo also referenced that a close relative who took over the business also run it down.

“I recruited a brother to look after the job and it was the same thing. In fact, he did organized crime. Because of his position in the business he was able to get key employees to connive with and steal to an extent that one of his guys, I was told, had two taxis in less than a year,” he said.

What could be done to heighten honest working ethics?

Some Ghanaian business owners, however, suggested that improved salaries could stop the undisciplined behaviours of employees, instead of employing expatriates for their businesses.

Chief Executive of the Mckweon Group, Kwaku Adu-Aninkorah attributed many employees’ propensity to steal to the high cost of living in the country.

He advised employers to provide living salaries for their workers to cushion them against the staggering economic situation.

The business magnate believes a better working condition would force employees to devote themselves to their employers for productivity.

“Improving their salaries will not completely eradicate this issue, but at least it will bring it down. Consider the rate of inflation currently in Ghana. The rate at which prices of goods are going up. If the person is taking GHC200 as salary, what would you expect? The person will definitely find a way to fill the gap because transport fares and food prices have gone up. We can get local people who, when they are paid well, can work magic for you rather than recruiting foreigners,” he said.

Mr. Adu-Aninkorah suggested setting aside a day to commemorate a ‘National Day of Integrity’ to instill in the younger generation the virtue of honesty.

He said everyone has a role in eradicating the menace.

“Families, churches, media and politicians have a role to play. We have to teach our children about integrity to aspire to do the right thing. It is important that we discuss this issue of dishonesty at the workplace at the national level and all platforms that there is the need for us to go beyond the talk. It appears the preaching at the church is not doing the trick because the pastor giving the sermon is doing otherwise. We need to start from the basics,” he noted.