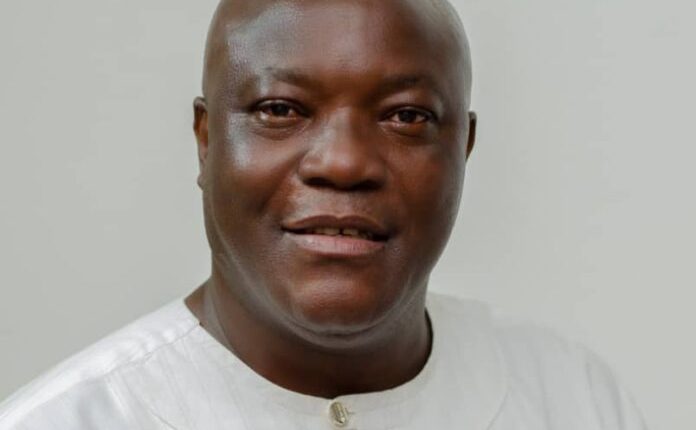 The Western Regional Police command has arrested the MCE for Sekondi-Takoradi Metropolitan Assembly.

This is according to a press statement from the Ghana Police service signed by DSP Olivia E.T. Adiku, Head of Western Regional Public Affairs Unit of the service.

“The MCE has been charged on three (3) counts of Assault of a public officer, Offensive conduct conducive to breaches of the peace and Disturbing the peace in a public place contrary to Sections 205, 207 and 298 respectively, of the Criminal Offences Act of 1960 (Act 29). He has also been charged for dangerous driving contrary to Section 1 Act 683 of 2004 as amended by Act 761 of 2008”, part of the statement reads.

The statement indicates that “The MCE who was driving a Toyota-Land-cruiser with registration number GE 5615-20 is alleged to have driven dangerously and carelessly while approaching a police snap checkpoint at the Kwasimintsim Cemetery on Wednesday, 2nd February 2022. When one of the police officers on duty attempted to stop him, he verbally assaulted and threatened him”.

Mr. Abdul-Mumin Issah is expected to be arraigned before the court on Friday, February 4, 2022. 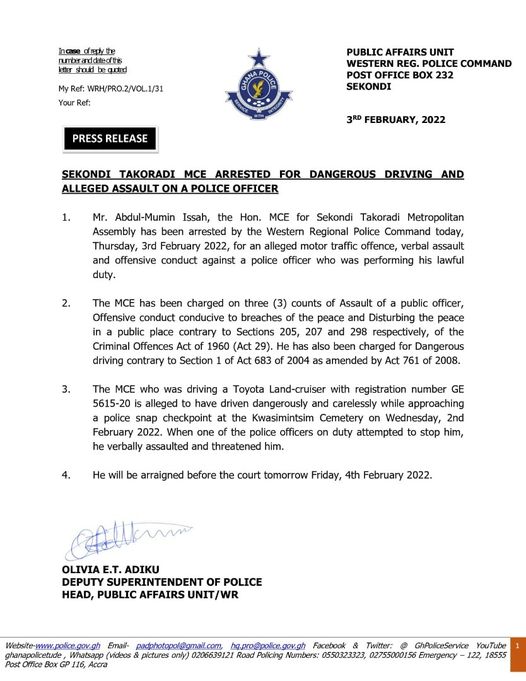 Aubameyang: ‘Arteta was the only problem for me at Arsenal’