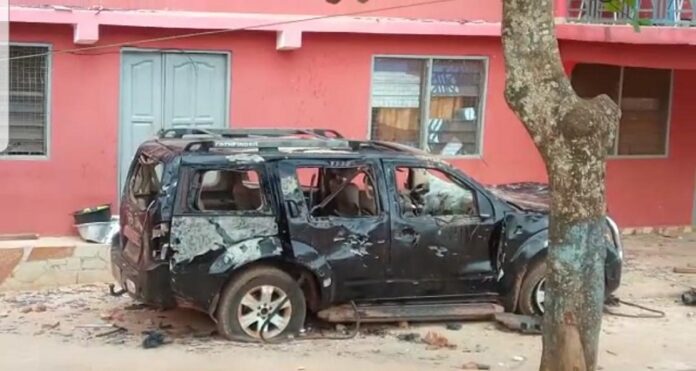 Some irate youth of Sefwi Amoaya in the Bodi District of the Western North Region have attacked the community’s Chief Palace and some opinion leaders over their alleged involvement in illegal mining activities in his traditional jurisdiction.

The chief of Sefwi Amoaya, Nana Bukure Asiedu II, and the assemblyman for the community were part of the leaders targeted in Monday 8th March 2022 protect attack in the Amoaya.

The angry youth destroyed the chief’s palace and his Toyota Highlander car. A provision shop belonging to the assemblyman of the community and other properties of the unit committee chairman was also not spared in the violent protest. 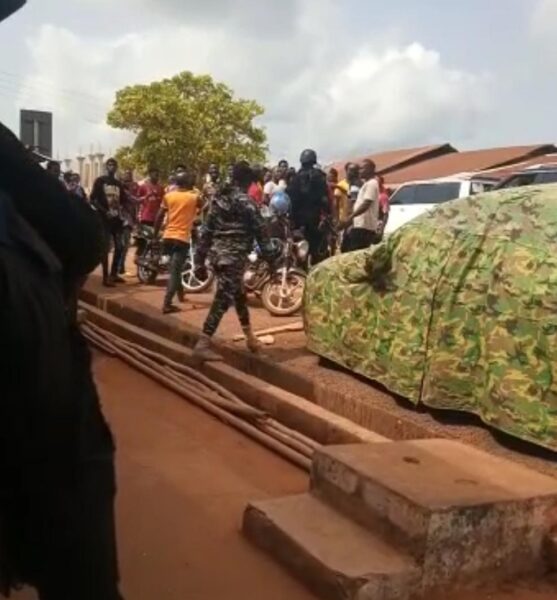 The intervention of armed police personnel deployed by the Western North Regional Minister managed to call the angry youth to order while protecting to save river and forest reserves in the area for further attack by the miners.

Addressing the irate residents of Sefwi Amoaya, the Regional Minister, Richard Ebbah Obeng, ordered culprits involved in illegal mining on river Amoaya to put their activities to an end.

While condemning the attack, Mr. Obeng said the government is strongly against mining in river bodies and forest reserves.

He condemned the youth for using violence in raising a genuine concern and advised them to use the appropriate means to seek redress of issues affecting the community development and sustainability.

Meanwhile, the angry youth insist they were fighting for their security in the interest of the community.

They assured the regional minister until the issue of illegal mining is checked in the area, they cannot assure government and security agencies of furthermore attacks for the sustainability of the Amoaya community and its environs.