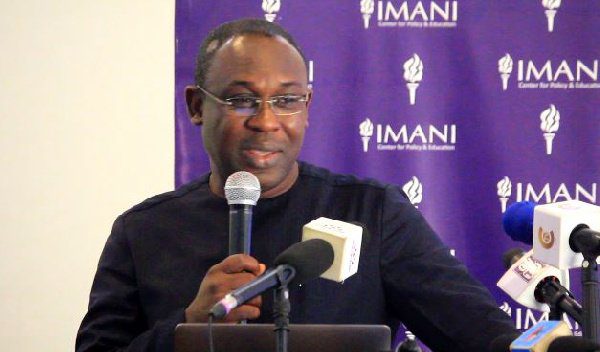 Vice President of Imani Africa, Mr Kofi Bentil, has suggested to the government to scrap all taxes and increase the Value Added Tax (VAT) to 25 percent, from the current 19.25%.

Mr Bentil who is also a private legal practitioner asked the government to stop double taxing those who are paying already following the introduction of the e-levy in the 2022 budget statement.

“If people are not paying taxes and so we need e-levy, then scrap all taxes and make VAT 25% and e-levy 5%. Stop double taxing those who are paying already!!! I think this makes a lot of sense,” he said in a Facebook post.

Finance Minister Ken Ofori-Atta announced a new levy to be charged by government in 2022 on all electronic transactions to widen the tax net and rope in the informal sector.

This will, however, not affect transactions that add up to GH¢100 pr less per day.

But this proposal has met opposition from a number of people in Ghana especially from the opposition National Democratic Congress (NDC).

For instance, the Minority Leader, Haruna Iddrisu said that his side in Parliament was not going to support it.

According to him, the levy served as a disincentive for the growth of digital economy.

Speaking at a post-budget workshop in Ho on Saturday November 20, he said “Mr Speaker, understandably, we see that the Minister of Finance seeks to introduce some measures including the now popularly declared e-levy or digital levy as some have quite named it.

Read also: “Ignore claims that the 2022 Budget has been rejected” – Deputy Finance Minister