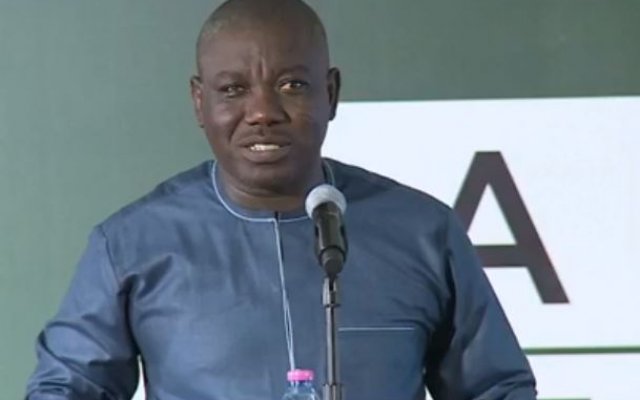 Bolgatanga Central MP Isaac Adongo has asked President Nana Akufo-Addo to deliver the 2022 State of the Nation Address (SoNA) via Zoom if he so wishes because Ghanaians already know the state of the country.

This year’s SoNA was originally scheduled for Thursday, 3 March 2022, but the Business Committee of Parliament said the President wants it delayed.

Speaking on the floor of the House on Friday, 25 February 2022, Deputy Majority Leader Alexander Afenyo-Markin noted that a new date would be communicated soon.

According to him, this will be done “after we have engaged the Presidency.”

Article 67 of the Constitution mandates the President to present the nation’s address to Parliament at the beginning of each session of Parliament and before the dissolution of the House.

In a Facebook post about the delayed SoNA, Mr Adongo, said: “If Nana Addo and Bawumia are afraid to tell us the state of the mess they have put the economy in, Nana Addo can deliver the message of the state of the nation by Zoom”.

“Ghanaians already know the state of the nation wai. Like E-levy, this one, too, turn tomorrow tomorrow next”, he said.

According to him, if the view of the Supreme Court is sought on the matter, there may be a unanimous proscription of the SoNA for this year.

“Let your man file for interpretation from the SC. They may unanimously rule that the message of the state of the nation is unconstitutional for 2022 per the spirit and letter of the Construction”.