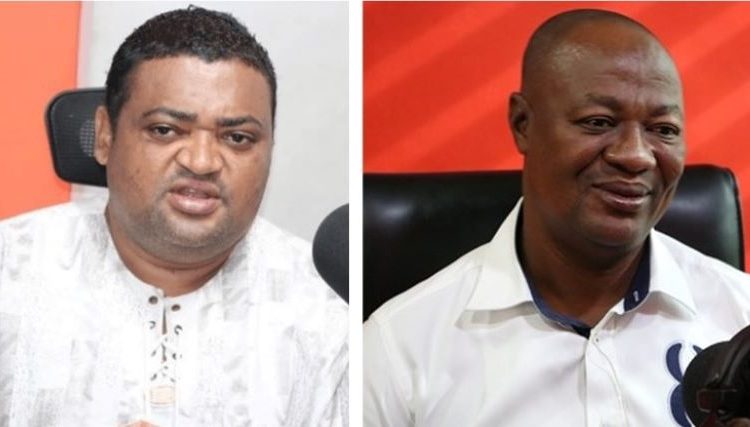 Sam Pyne caused my posters, billboards to be removed to block my visibility in Kumasi -Yammin

The National Organizer of the opposition National Democratic Congress (NDC), Joseph Yammin has accused the Kumasi Mayor, Samuel Pyne of sabotaging his election through diabolic tactics.

“Going into our national delegates congress last week, Sam Pyne hired people to remove all my posters and banners in the region to block my visibility. Though he assured me that he will protect my posters for me, he was the same person fighting against me behind the scenes’’ he alleged in an interview on Kumasi-based Abusua FM.

The former Deputy Ashanti Regional Minister vowed to win at least 7 parliamentary seats in the Ashanti region during the election 2024 which they can’t afford to lose.

Although he refused to mention the said constituencies the party is targeting he said he will spend much of his campaign activities in the Ashanti region.

“I’m the national organizer of the NDC therefore, I have the responsibility to work across all constituencies in the country but trust me I will be more visible in the Ashanti region. I will stop all their rigging machines’’ he assured.

The former deputy sports minister aassured that the NDC will eschew violence in the 2024.

” It’s going to be a tactical election campaign in which the NDC will resist all threats and violence attacks.

“Justin Kodua, Nana B among others when I started politics they were doing TESCON politics. Although they have won their positions but they can never retain the NPP in power they will set a new record which is leading the NPP into opposition. I’m not surprised the NPP is worried about my election’’.

“Working in Kumasi is very difficult; the people are very recalcitrant” – KMA Boss