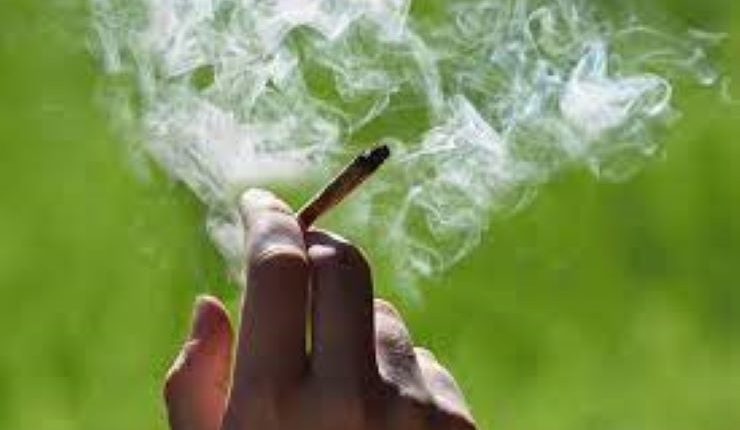 There is a rise in an unusual marijuana-related illness in the US, especially in states where marijuana use is legal as habitual users of cannabis, including teenagers, are showing up in emergency rooms complaining of severe intestinal distress.

“They are writhing, holding their stomach, complaining of really bad abdominal pain and nausea,” Dr. Sam Wang, a pediatric emergency medicine specialist and toxicologist at Children’s Hospital Colorado, who treats adolescents with the condition told the CNN.

According to Dr. Sam Wang, the patients “vomit and then just continue to vomit whatever they have in their stomach, which can go on for hours”.

Some States America have legalized cannabis but for medicinal use only as Ghana also did on Friday March 20, 2019.

Ghana’s passage of the Narcotic Control Bill – 2019, made provision for classifying drug abuse as a public health issue. Other African countries aside Ghana that have changed their laws on narcotics to allow for it to be used for medicinal and research purposes are Malawi, Zimbabwe and South Africa.

But Colorado State legalize it for recreational use and sale on election day in 2012. Nineteen other states will later go on to legalize the drug as public support for legalization rose rapidly despite it being illegal at the federal level.

“They (patients) often say they took a scalding hot shower before they came to the ER (emergency room) but it didn’t help. That’s when we know we may have a case of cannabis hyperemesis syndrome, or CHS,” Dr. Wang said.

Below is the full article as published on CNN.COM

Uncontrollable vomiting due to marijuana use on rise, study finds

An unusual illness is on the rise in the United States, especially in states that have legalized marijuana. Habitual users of cannabis, including teenagers, are showing up in emergency rooms complaining of severe intestinal distress.

“They are writhing, holding their stomach, complaining of really bad abdominal pain and nausea,” said Dr. Sam Wang, a pediatric emergency medicine specialist and toxicologist at Children’s Hospital Colorado, who treats adolescents with the condition.

“They vomit and then just continue to vomit whatever they have in their stomach, which can go on for hours,” said Wang. “They often say they took a scalding hot shower before they came to the ER but it didn’t help.

“That’s when we know we may have a case of cannabis hyperemesis syndrome, or CHS.”

Cannabis hyperemesis syndrome burst upon the medical scene in 2004, when a group of Australian researchers wrote about 19 chronic marijuana users who had repeated episodes of abdominal pain and retching. The researchers followed nine of the patients over time and found symptoms went away when cannabis use was stopped but returned when it was restarted.

Oddly, over half of the 19 reported using extremely hot baths or showers to self-treat their symptoms. As more and more cases of CHS began to appear, hot bathing as a home treatment became a recurring theme.

“Patients often say, ‘You know, it’s always in the evening when I get this nausea, vomiting,'” Wang said. “So they tell me, ‘I go take a hot shower, and it gets better, then it happens again the next night.’

“It’s pretty universal for these patients to say they need a really, really hot shower, or a really hot bath, to improve their symptoms,” he said.

Why hot? “That’s not entirely clear,” said Wang, who is also an associate professor of pediatrics at the University of Colorado Anschutz Medical Campus in Aurora, Colorado.

Tetrahydrocannabinol, or THC, the main psychoactive compound in weed, has access to the body’s pain receptors, so one theory is that the distracting sensation of the extreme heat interrupts the pain cycle, thus easing symptoms.

To compound the strangeness of the new disorder, THC and other cannabinoids in the marijuana plant have been used for pain relief — paradoxically relieving nausea and vomiting in cancer patients undergoing chemotherapy. However, despite the popularity of marijuana as a pain killer, study results on its effectiveness have been mixed.

Still, why would the same compound relieve and also cause pain? Among a myriad of possibilities: dosage levels. Wang points to the ever increasing potency of THC in today’s marijuana products.

“It’s been well documented that the amount of THC that now comes in cannabis is increasing substantially,” Wang said. “In the ’90s the average was like 4% or 5%. Now in Colorado, it’s anywhere from 15% to 20%.”

Another mystery: Not all heavy users of weed are affected by CHS.

“It’s not entirely clear who is predisposed to getting it,” Wang said. “Is it a certain frequency or duration of use? Is it a specific potency? Or is it a specific type of product? We don’t have that data.”

To fully understand, treat and prevent the new disorder, researchers need to document cases and compare symptoms. But CHS is so new that it doesn’t have a medical diagnosis or insurance billing code, Wang said, making it “a moving target.”

To do research, scientists look at medical records for reported cases of repetitive vomiting and compare those to marijuana usage in an area. Wang and his colleagues did just that in Colorado, where recreational marijuana was legalized in 2014. The use of medical marijuana had been legal since 2009.

Wang’s analysis, published Friday in the journal JAMA Network Open, found over 800,000 cases of reported vomiting in Colorado between 2013 and 2018. That was an approximate 29% increase since marijuana was legalized in the state. The rate was highest in counties with no prior marijuana dispensaries.

More than a third of the vomiting cases were in people 25 years of age and younger.

“This is not a rare problem,” Wang said. “When an adolescent comes in with cyclical abdominal pain and vomiting, my colleagues know to ask about cannabis use. It’s a pretty common practice to see this and diagnose and treat it.”

Immediate treatment consists of anti-nausea medications and IV fluids to combat dehydration from the vomiting. But patients also undergo a battery of tests to rule out other causes: blood and urine tests, expensive CT scans, unpleasant upper GI endoscopy and gastric emptying tests, to name a few.

For some children, those tests could be repeated again and again.

“For some of our kids, this is their fifth ER visit in the past two months, with symptoms that they can’t control,” Wang said.

And if they wait too long to come in, CHS can be life-threatening.

“Regardless of whether it’s cannabis hyperemesis syndrome or another virus that makes you vomit a lot,” Wang said, “if you let it go too long, you can have electrolyte disturbances, go into shock and have organ failure. CHS is no different.”

Concerns for the future

Data show CHS is a national problem. Between 2005 and 2014 when only medical marijuana was legal in most states, a 2020 study found nearly one in five people hospitalized for cyclical vomiting in the US reported concurrent cannabis use.

As of April, 17 states and the District of Columbia have legalized recreational marijuana for adults, while three dozen states and several territories have medical marijuana laws on the books, according to the Pew Research Center.

A Pew survey found the majority of US adults (60%) say marijuana should be legal for medical and recreational use. With support like that, it’s likely that even more states will legalize weed in the years to come.

When they do, Wang said he hopes people will also take into account the potential dangers of cannabis, especially for the young.

“In adolescents and young adults, that’s where there’s growing concern about habitual use and its effect on physical and mental health,” Wang said.