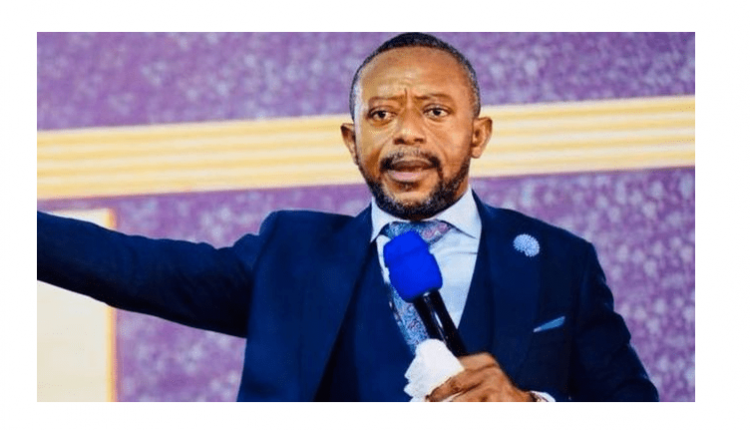 Reverend Isaac Owusu Bempah, and three others have been arrested by the police.

Reverend Isaac Owsu Bempah, General Overseer of Glorious Word Power Ministries International together with three other individuals, have been apprehended by the police. Some of them include Frederick Ohene, Michael Boateng, and Nathan Agyekum.

They were apprehended for creating and circulating videos that contained threats and weapons and the assault of some police personnel.

According to a statement issued by the police on Sunday, September 12, 2021, and signed by its acting Director of Public Affairs, ACOP Kwesi Ofori.

The Police say they arrested the suspects “after critically analyzing the said videos and based on intelligence gathered”. The suspects who are in police custody will appear before court today, Monday, September 13, 2021.

Meanwhile, two other suspects are said to be on the run and are being pursued.

The injured police personnel have also received medical treatment according to the statement.

Below is the full press statement: 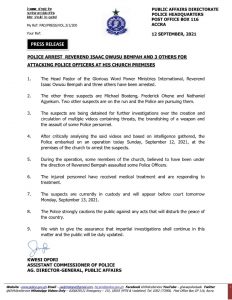