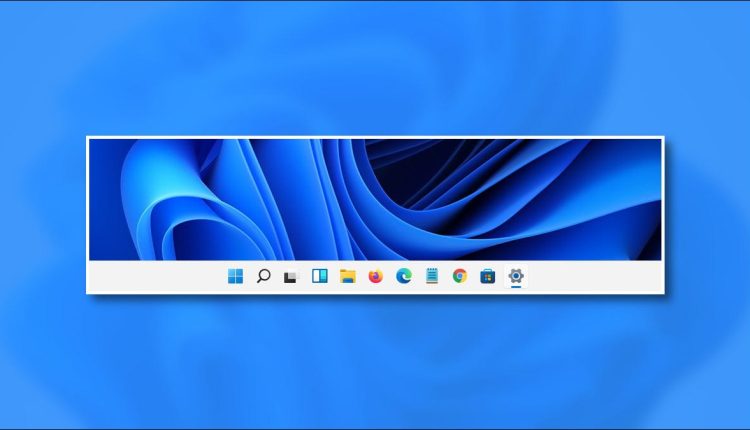 Resizing the Start Menu or Taskbar in Windows 11?

The initial retail release of Windows 11 in October 2021 doesn’t allow you to resize either the Start menu or the taskbar like you could in Windows 10. We share your frustration and puzzle out some potential workarounds.

Windows 11 traces its origins to Windows 10X, which Microsoft developed for a different kind of hardware platform with two screens. On the way, the firm redesigned the taskbar and Start menu to simplify them. After abandoning the dual-screen concept, Microsoft adapted 10X to single-screen devices, then later migrated Windows 10X interface elements (such as a new Start menu and taskbar) to what became Windows 11.

At Windows 11’s release in October 2021, we’re stuck with a dramatically simplified Start menu and taskbar, both of which lack many of the power-user options that Windows 10 users take for granted. For example, you can’t resize the Start menu or the taskbar, and you can’t position the taskbar on different sides of the screen. (Luckily, you can move the Start menu to the left side of the taskbar).

It’s possible that Microsoft will bring these features to Windows 11 in future updates—and we hope the company will. If Windows 10’s development is any indication, it’s likely that Microsoft will continue to improve Windows 11 over time. Whether Microsoft considers a resizable taskbar or Start menu an improvement, however, remains to be seen.

As previously mentioned, you can move the icons on the taskbar (including the Start button) to the left side of the screen in Windows 11, but you can’t resize the taskbar itself. There is a partial workaround that involves editing your Windows Registry, but it has some limitations: The results aren’t perfect, and you can only choose between three sizes. Still, if you’re interested, we’ve created a step-by-step guide showing you how.

As far as the Start menu is concerned, we don’t currently know of any way to resize it in Windows 11, but you can potentially replace it. App developer Stardock has created a program called Start11 (still in early development as of October 2021) that allows you to replace the Windows 11 Start menu with a menu that more closely resembles Windows 10. Also, some have reported that a free Start replacement called Open-Shell might work in Windows 11 with some tweaks. Over time, it’s likely that Open-Shell’s developers will add full Windows 11 support.

Barring those solutions, if you believe that Microsoft should make the taskbar and Start menu more flexible in Windows 11, the best course of action might be to send Microsoft feedback using the Feedback Hub app that comes with Windows 11. To do so, open Start and search “feedback,” then click the Feedback Hub icon. 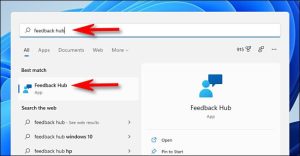 When the window opens, click “Suggest a Feature,” then type in the details of what you’d like to see. 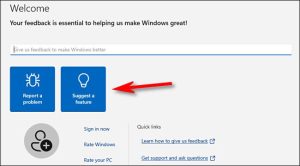 You can also try to send messages to Microsoft through social media (such as on Twitter). But remember to be polite—Microsoft’s engineers are busy trying to make the best software they can, even if we don’t always agree 100% with their design choices. There’s always room for change in the future.