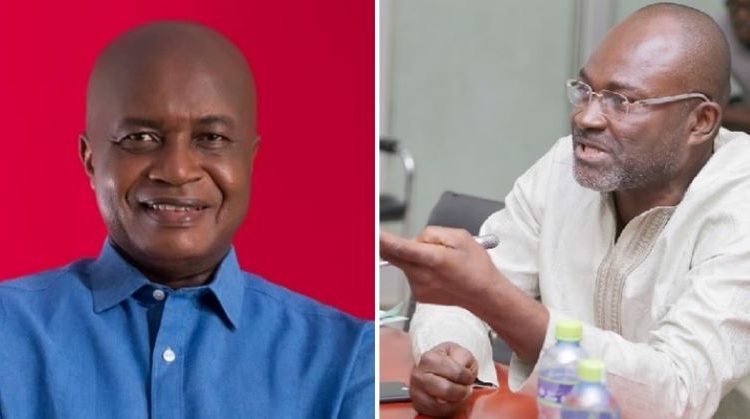 The group, led by one of the party communicators, Solomon Kusi Appiah, said the seat would be vacant following the Assin Central Member of Parliament’s decision to contest in the NPP flagbearership race when nominations open.

The Ghana National Gas Company was established in July 2011 as a limited liability company with the responsibility to build, own and operate natural gas infrastructure required for gathering, processing, transportation, and marketing.

According to the group, Stephen Ntim has the expertise required to lead the Governing Board of the Ghana National Gas Company. The group also argued that it was politically incorrect for a National Chairman of a ruling party not to be on any board.

“Upon painstaking observation and scrutiny, we want to put it on record that Chairman Stephen Ntim and General Secretary Frimpong Kodua are unemployed. It saddens our hearts”, Kusi Appiah told GhanaWeb.

“Respectfully, I’m pleading with the President of the Republic and the Chief of Staff to consider Chairman Ayesu Ntim as a perfect replacement for the Board Chairman of Ghana Gas, Hon. Kennedy Ohene Agyapong, since he will resign to embark on his flagbearership ambition”.

“Ever since he became the Chairman of this party, our foot soldiers have been going to him for financial assistance and other forms of support. With all due respect, how do we expect him to take care of our people who cannot have direct access to appointees and other people in higher offices? Please let’s have mercy on Chairman Stephen Ayesu Ntim, for Christ’s sake he’s the National Chairman of the ruling New Patriotic Party. “

Meanwhile, the group has also made a case for the General Secretary of the NPP, Justin Frimpong Kodua (JFK), to be handed an appointment.

“Again, JFK is also not on any board though his duties and responsibilities are different from that of the National Chairman. Notwithstanding, he must also be on a board”, Kusi Appiah stated.

Stephen Ntim was elected as the new National Chairman of the NPP at the 2022 National Delegates Conference after four attempts. His first attempt was in December 2005 while his second attempt was in 2010. His third and fourth attempts were in 2014 and 2018 respectively. He, however, served as the party’s first Vice Chairman between 2001 and 2005.

Lawyer Justin Frimpong Kodua, on the other hand, defeated then-incumbent General Secretary, John Boadu to emerge as the new chief scribe for the governing party. Prior to this, JFK, as he is affectionately called, was the Chief Executive Officer of the Youth Employment Agency (YEA).

Scrap dealer, 32, seals opening on tip of his penis with super glue