President Akufo-Addo has declared that his government will not remove taxes on petroleum products.

He made this known in his May Day speech while responding to calls for a removal of some taxes on petroleum products as a means to reduce prices and alleviate the high cost of living in the country.

According to the President, the removal of these taxes is not prudent as it would lead to the government missing out on some 4billion cedis in revenue.

“At this time, when we are determined to expand Government revenues in order to increase our capacity to finance our own development, can we afford to reduce tax revenues by four billion cedis?” he asked advocates of the tax removal. 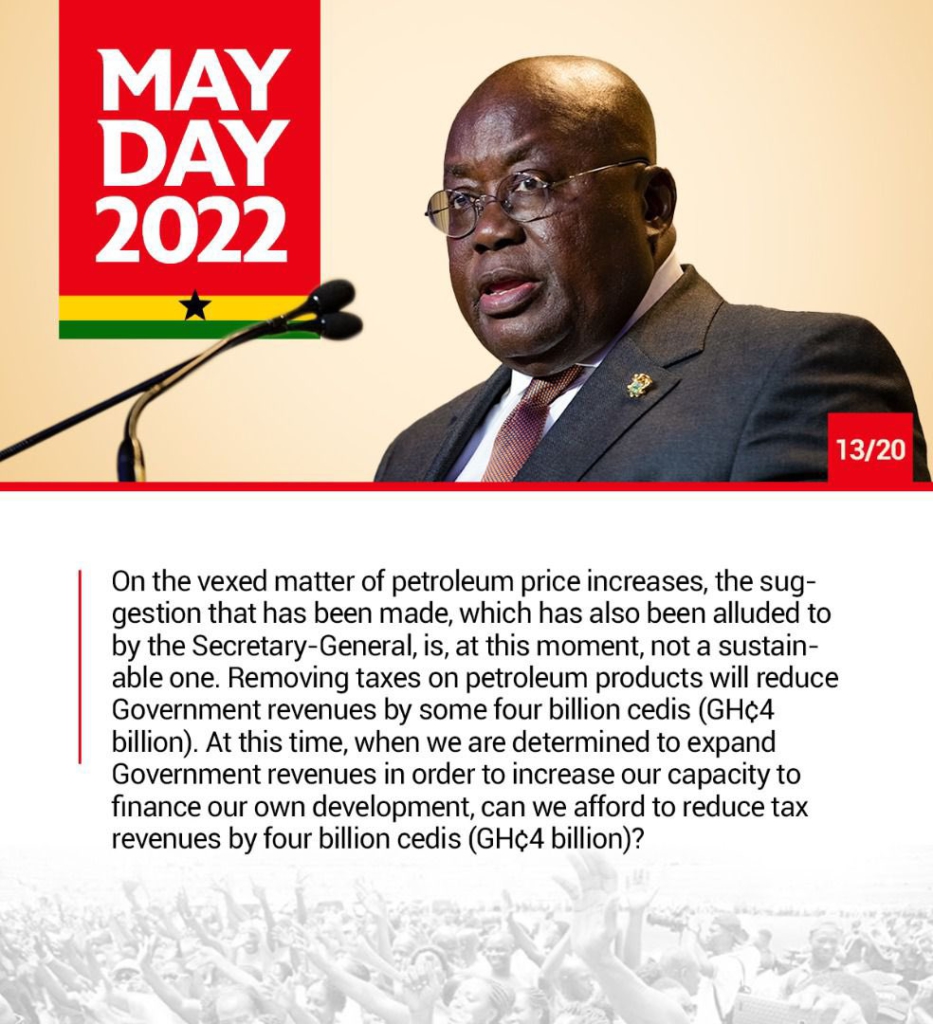 President Akufo-Addo explained that his government is currently confronted by very tight financing conditions in the wake of inadequate domestic revenue mobilization, thus the removal of these taxes may worsen the prevailing conditions.

“Indeed, some of the revenues from these same taxes on petroleum products are what is used to pay some of the salaries of the seven hundred thousand public sector workers on government’s payroll,” he said.

He, however, noted that his government is working hard at addressing the issue of fuel price increases by implementing measures that are succeeding in stabilizing the exchange rate. 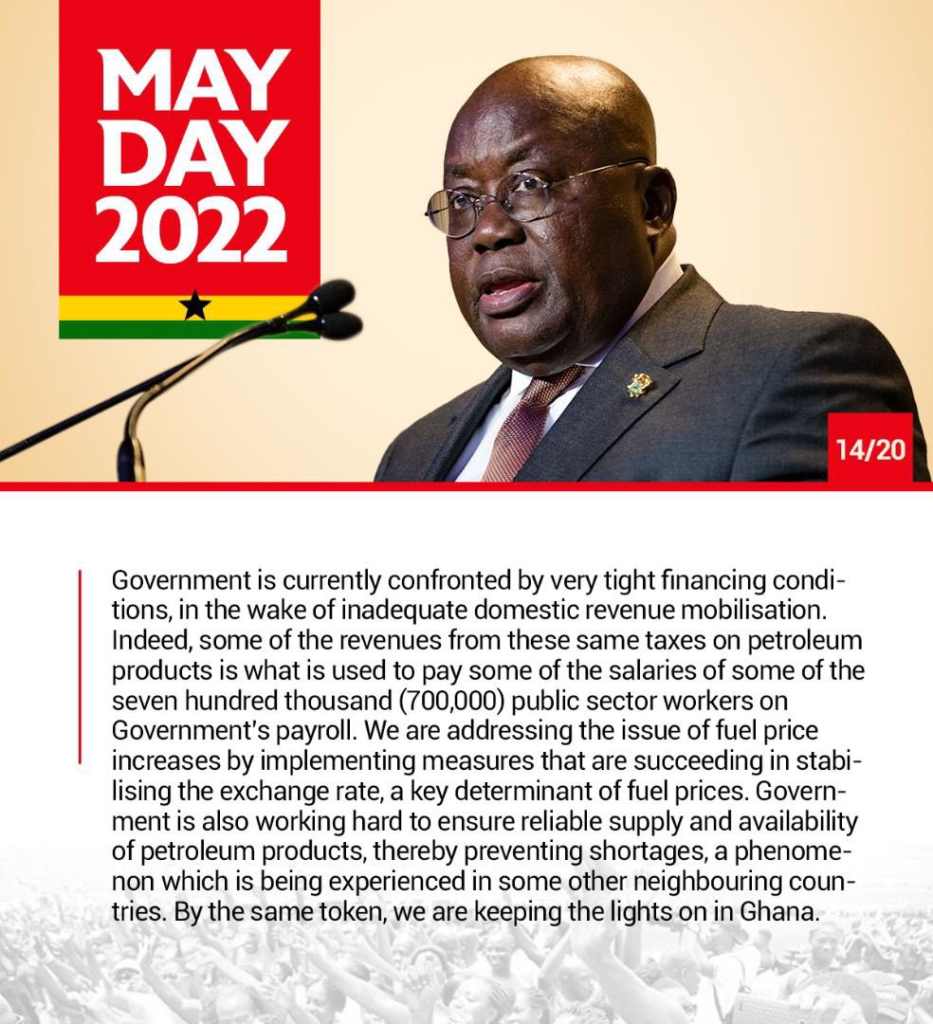 “Government is also working hard to ensure reliable supply and availability of petroleum products, thereby preventing shortages, a phenomenon which is being experienced in some other neighbouring countries. By the same token, we are keeping the lights on in Ghana,” he said.

“We should bear in mind that, even though we are a modest producer of crude oil, with a current output of 148,000 barrels per day, we are still a net importer of petroleum products. We, therefore, continue to be vulnerable to the price volatilities of the world market for petroleum products,” he added. 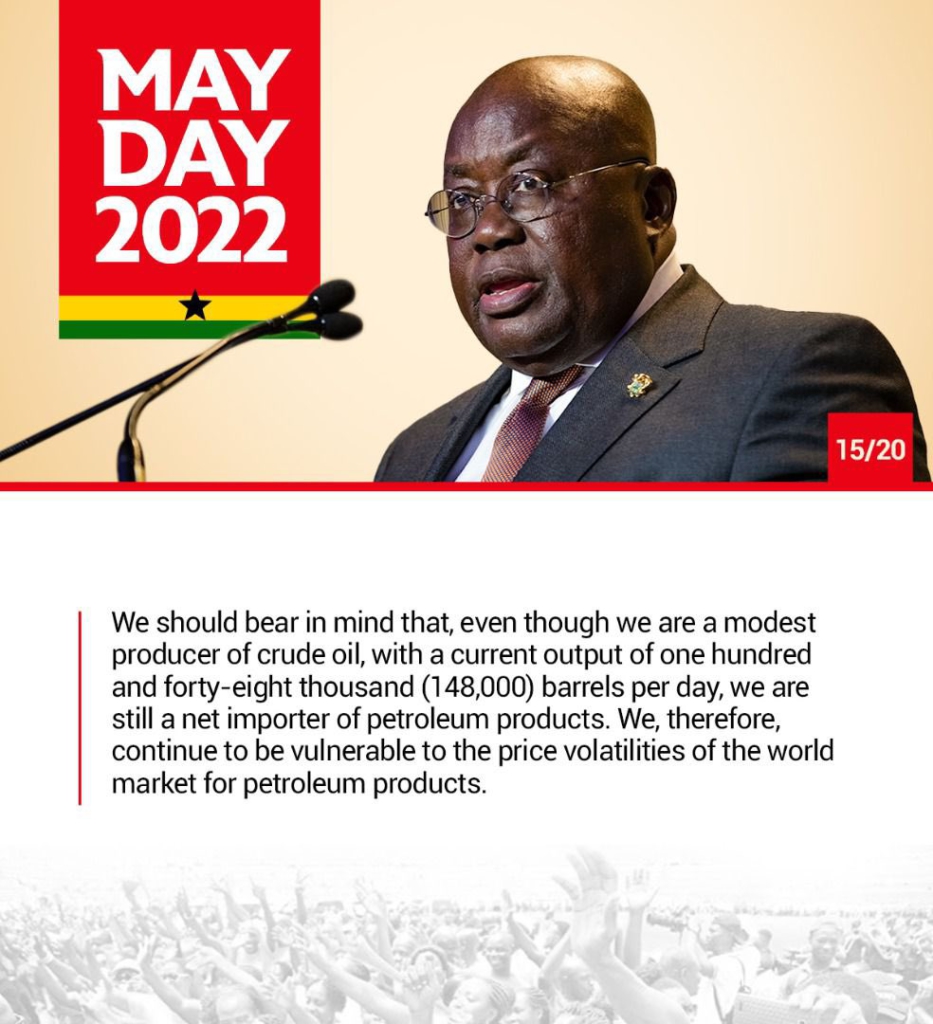