Russia’s President, Vladimir Putin, has sent a congratulatory message on behalf of the Russian government to Ghana as the country celebrates its 65th Independence anniversary.

In a message to President Akufo-Addo, he wrote “I wish you good health and every success, as well as happiness and prosperity to all your compatriots.”

“Please accept my sincere congratulations on the occasion of the National Holiday of the Republic of Ghana – the Independence Day.”

He noted that Ghana and Russia’s relationship continues to be a cordial one. President Putin also urged for further development of a constructive bilateral dialogue and partnership.

This he said will meet “the interests of our people, contributing to the peace and security on the African continent.” 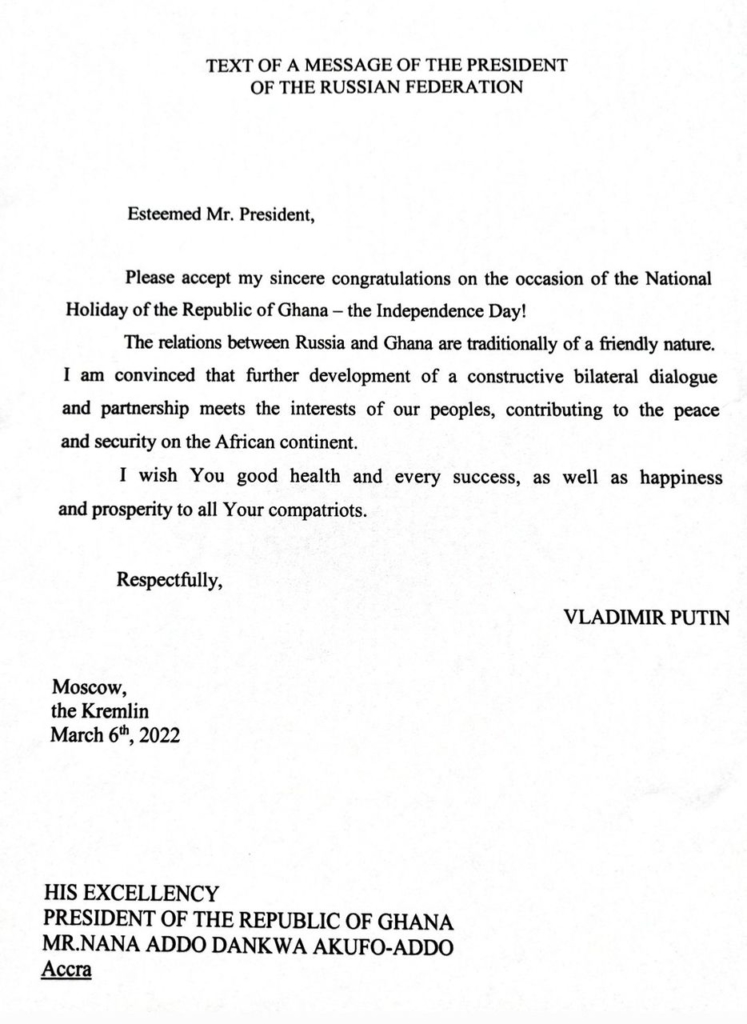 The 65th independence anniversary celebration was held at Cape Coast in the Central Region. This year’s celebration is under the theme “Working together, bouncing back together.”

Meanwhile, President Vladimir Putin, has allowed for the safe passage of Ghanaians, particularly students, in war zones within the Russia-Ukraine region.

The Foreign Affairs Ministry made this known when they received the second batch of Ghanaian nationals who escaped from Ukraine to Poland.

According to the Deputy Minister of Foreign Affairs, Kwaku Ampratwum-Sarpong, the Red Cross has also agreed to participate in evacuating Ghanaian citizens caught up in Kharkiv.