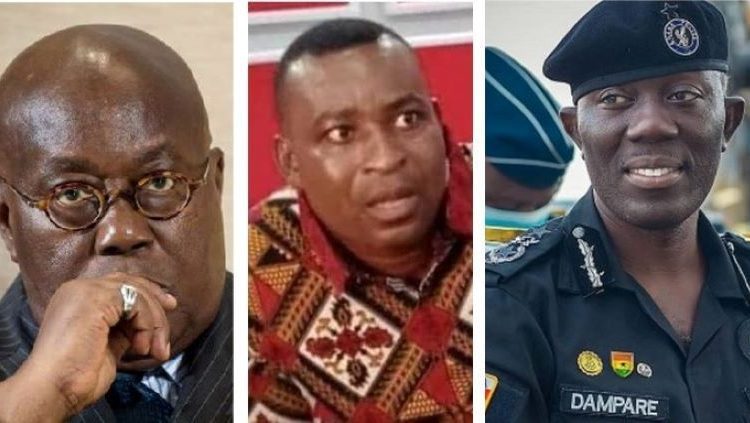 The Media Coalition Against Galamsey has revived its calls for the arrest and prosecution of directors and officers of Akonta Mining Limited for their alleged involvement in illegal mining activities.

The coalition insists there is substantial evidence to nail Akonta directors and officers for engaging in illegal mining in the Tano Nimiri Forest Reserve in the Western Region.

The call comes on the back of a second petition written to the Inspector General of Police (IGP), Dr. George Akuffo Dampare to carry out swift investigations into the alleged illegal mining activities by Akonta Mining owned by the New Patriotic Party (NPP) Ashanti Regional Chairman, Bernard Antwi-Boasiako.

A statement issued by Convener of the Coalition, Ing. Dr. Kenneth Ashigbey, said, “we are currently unaware of any actions to investigate, arrest and prosecute the directors and officers of Akonta Mining Ltd, despite the incontrovertible evidence that the Minister of Lands and Natural Resources, his Ministry and the Minerals Commission have in their possession, which shows that the said company has in fact undertaken the alleged illegal mining operations”.

The statement further expressed hope of engaging the IGP to address the group’s concerns by ensuring that the directors of Akonta Mining Company Ltd are brought to book to face the full rigours of the law.

“We wish to remind you of our request for a new date to meet with you and ask for some action to be taken on our petition. We hope to hear from you soon as we join hands to #StopGalamsey,” Ing. Dr. Kenneth Ashigbey asserted in the statement.

The statement stressed that the Media Coalition Against Galamsey members’ conviction has been supported by several stakeholders including the Ghana Catholic Bishops Conference who have also called for the prosecution of the same company for the same offences.

Ing. Dr. Kenneth Ashigbey emphasised in the statement that, “we are still convinced that the evidence is sufficient to establish that the company has a case to answer and that you have sufficient basis to initiate prosecution against the company’s director and officers. Our conviction has been supported by several stakeholders including the Ghana Catholic Bishops Conference who have also called for the prosecution of the same company for the same offences”.

The Minerals Commission in a statement in October 2022, said Akonta Mining has no mineral right, mining lease to undertake any mining operations in the Tano Nimiri Forest Reserve. 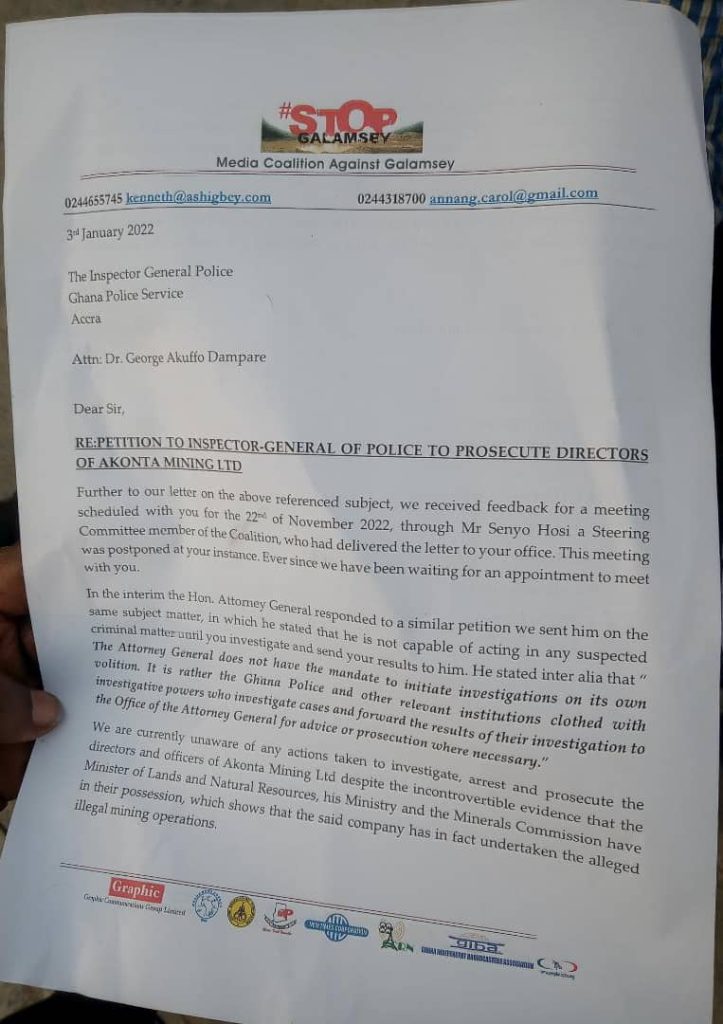 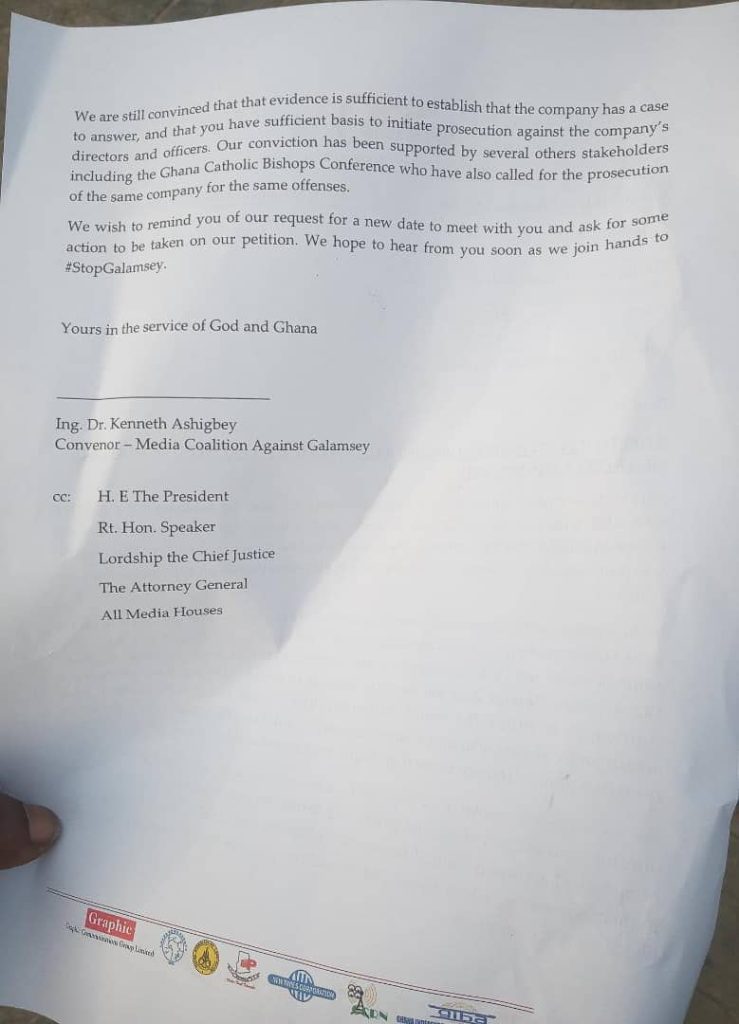 Akonta Mining saga: Akufo-Addo is a disappointment for not ordering Wontumi’s arrest – Ashigbey