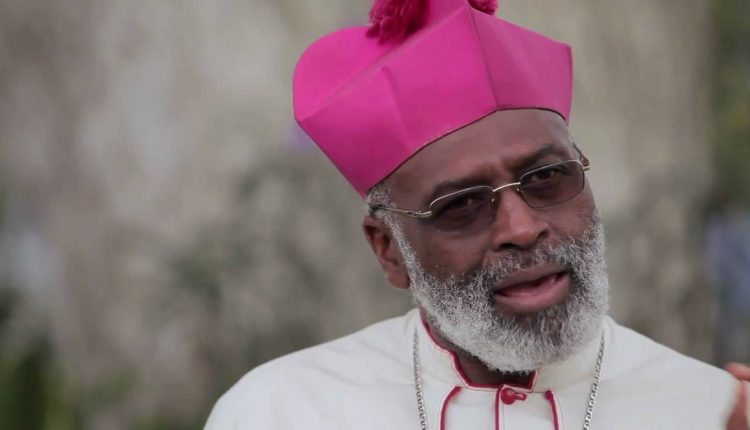 Vice-Chairman of the Board of Trustees of the National Cathedral, Most Rev. Charles Palmer-Buckle, says it is unjustifiable for the public to feel that the government’s plan to construct a National Cathedral must be aborted due to supposed economic hardship in the country.

He is of the view that the building of the Cathedral is a great idea, and that, it can not be shelved due to abject poverty.

Using the biblical history of the construction of Cathedrals, Most Rev. Palmer-Buckle, also the Metropolitan Archbishop of Cape Coast, explained that, in the face of penury, some countries defied all odds to the realization of such Christian monuments which later inured to their spiritual benefits.

Speaking on Citi TV‘s Point of View program, the renowned clergyman maintained that, it is only right for the public to immensely donate towards the project.

“People will always ask that there is so much poverty in the system, so how then do you want to construct a National Cathedral. Anyone who knows the history of the construction of Cathedrals around the world, would know that, poverty had always been there. People shouldn’t use poverty as an excuse. What we are saying is that, if you want to donate, do it and that will be a good contribution to the Cathedral.”

Commenting on widespread media speculation that, the Ghana Catholic Bishops’ Conference is against the Cathedral, Rev. Palmer-Buckle described such reportage as untrue.

He stated that the Bishops are in full support of the move, explaining that the donation made by the leader of the Islamic community in the country is indicative of the religious unity that the project will foster.

“The National Cathedral is a project that we believe in as Christians to have something that is uniting us. Even the National Chief Imam donated towards the Cathedral; this is a gesture that you will not see anywhere in the world – the sort of harmony that exists between us and the Muslims. So the Catholic Bishops’ Conference has not said anywhere that they are against it. We are in favour of it”, he emphasized.

The National Cathedral project was proposed by the government in March 2017 as a physical embodiment of national unity, harmony, and spirituality.

The $200-million inter-denominational cathedral will have an auditorium capable of seating 5,000 people, as well as chapels, and a baptistery.

It is targeted to be completed in March 2024.