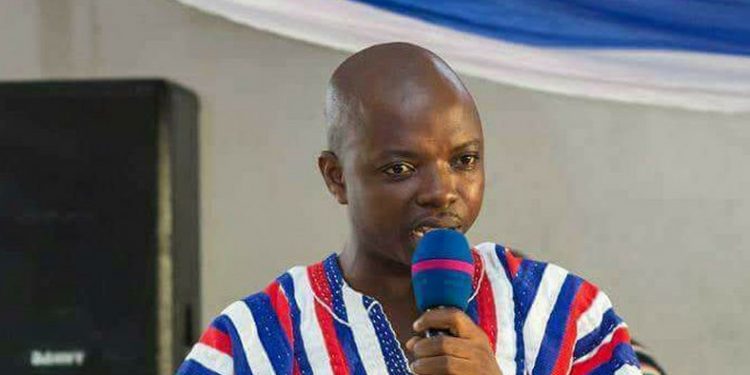 According to the police, Abronye DC had accused former President John Dramani Mahama of allegedly planning to stage a coup, hence the invite.

“The Accra Regional Command has invited Kwame Baffoe to report to the Regional Headquarters by 4pm today [Tuesday, February 15, 2022] to assist investigation, failure of which he will be arrested,” a statement from the Ghana Police Service announced.

“The public will be updated in due course,” police added in the statement signed by Director-General of the Police Public Affairs Directorate, DCOP Kwesi Ofori.

The NPP stalwart is alleged to have said that John Mahama had met with Al-Qaeda militants to engage them on how to topple the governing party.

Abronye DC, according to some media reports, claimed that Mr. Mahama approached the group in a bid to help him become president again.

The NPP communicator allegedly made the claim on Hot 93.9FM while responding to the arrest of #FixTheCountry convenor, Oliver Mawuse Barker-Vormawor. 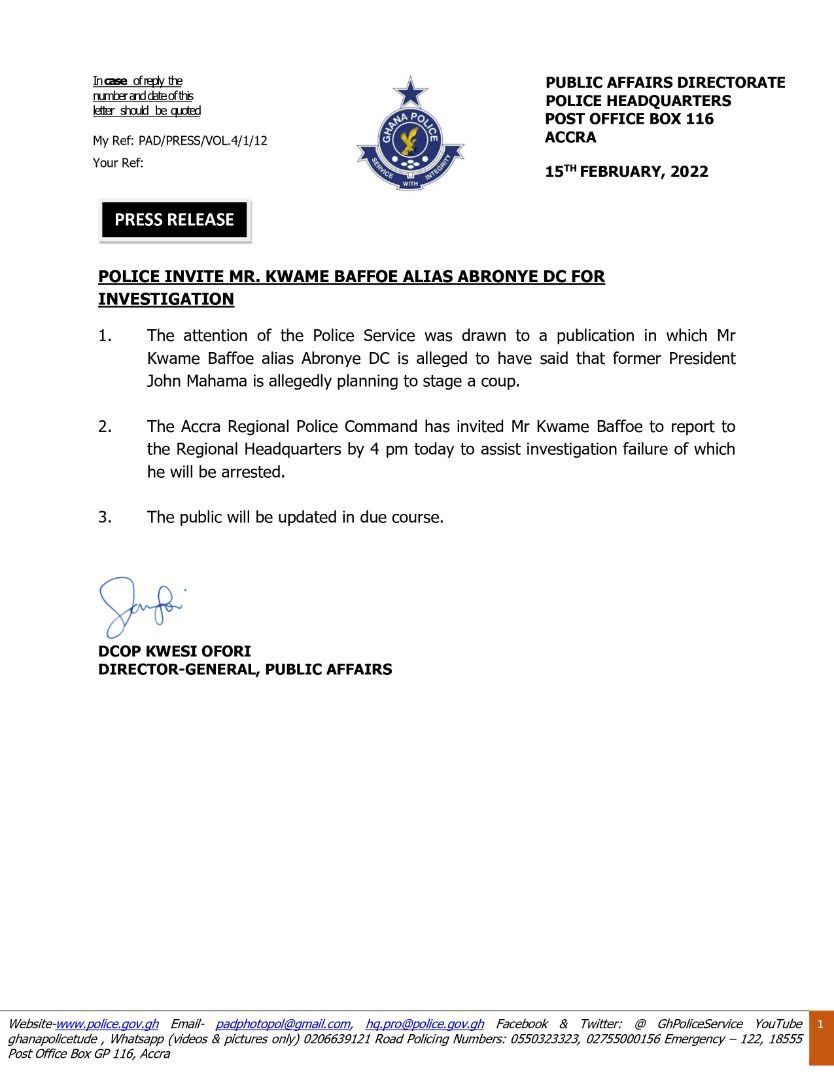 Court slaps Ghana Police Service with ¢320,000 over shooting of three