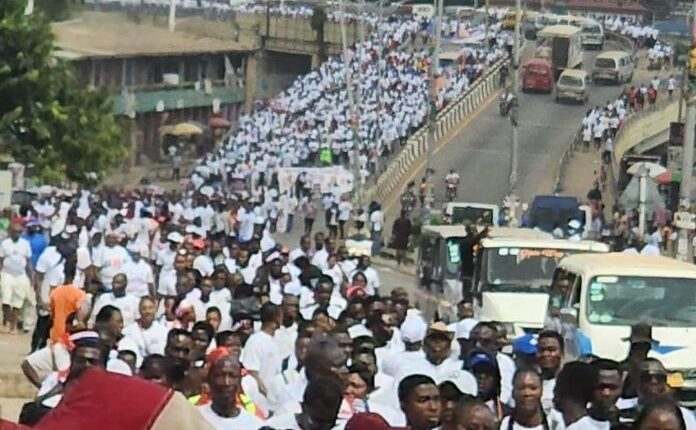 On Saturday, August 13, the streets of Kumasi saw perhaps the biggest health walk in contemporary times with over 200,000 men and women of all ages from different ethnic and religious backgrounds turning up to walk to exercise their limbs and also use it as an opportunity to send a message to Alan John Kwadwo Kyerematen that ‘Aduru ne so’ which translates as ‘it is your turn.’

Mr. Kyerematen, the current Minister for Trade and Industry is also a prominent founding member of the ruling NPP and many people are counting on him to contest the office of Flagbearer in the NPP and eventually the Presidential election come 2024.

Though Mr. Kyerematen himself has not officially declared his interest in contesting the NPP Flagbeararship race, the mammoth crowd at the walk shows how Ghana is eager to have him lead the country to catapult it to the next level of transformational development with his great ideas.

Even before other potential candidates will settle on their decision, one thing that was prominent among the answers given by the crowd of health walkers was that they know the focus of Mr Kyerematen, they understand well the mantra of ‘Job for the People and Cash for the People’. 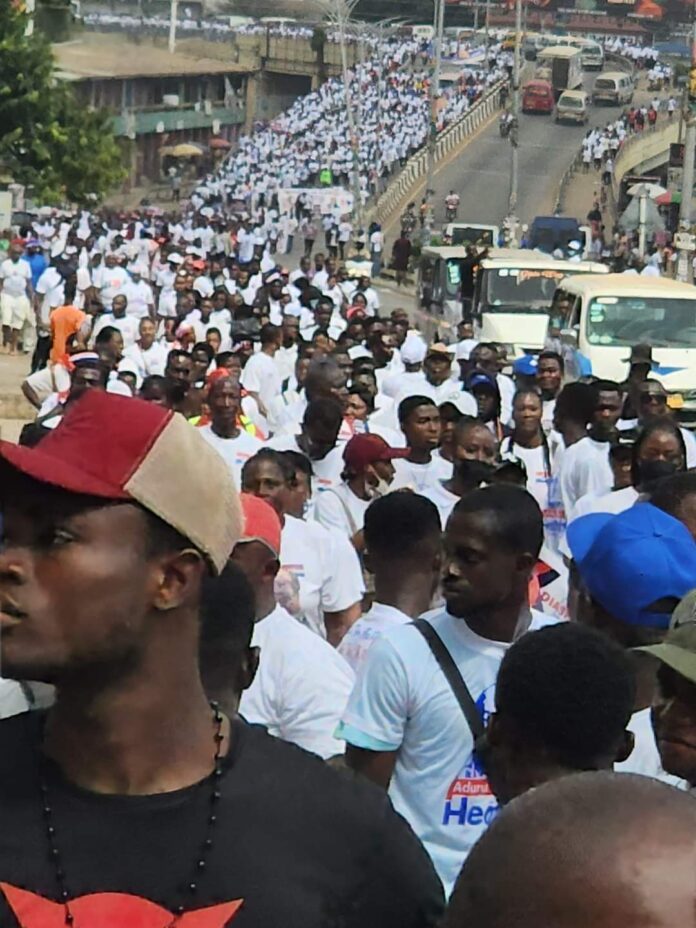 Some people intimated that the unemployment rate in Ghana is high and the fact that more free SHS graduates will be joining the job market soon means that Ghana requires Alan Kyerematen’s transformational agenda to catapult the country to the next level of sustainable development.

Some of the placards and banners at the walk read “Aduru wo so”, The right person for the job, ‘Yenim wo firi tete’ Alan Mer3 nie, Asanteman hia wo, Break the 8 with the unifier, Practical Economist, Adwadifo Adamfo, Father for all, among others. 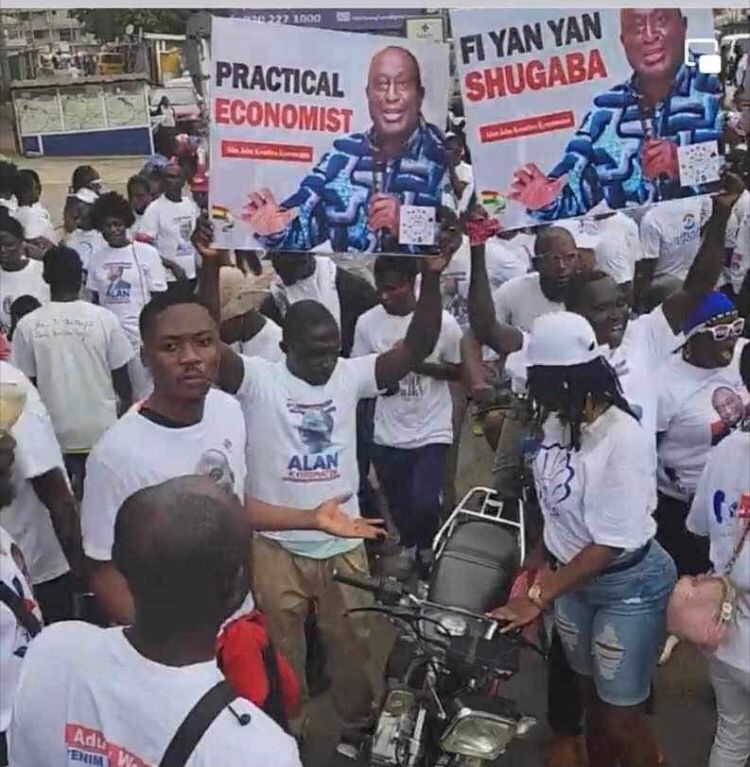 The walk was organized by Special Interest Groups in Ashanti Region and was attended by many lovers of Alan Kyerematen, who for a long time have been waiting for an opportunity to express their love and appreciation for him.

The walk started Saturday morning at the Bekwai roundabout and the participants walked with lots of excitement. Most of them understood what they were doing and all participants were sure of one thing, that Alan Kyerematen becoming the next president of Ghana will definitely inure to the benefit of all party members in particular and Ghana as a whole.

The love shown by the people of Ashanti is the perfect definition of massive, and in light of the fact that Kumasi is a cosmopolitan city, it can be adduced that Ghana came out massively to walk and to show support for Mr. Kyerematen. The walk also showed how the grassroots of the NPP massively support him for the presidency.

The motive in the minds of the tens of thousands of citizens, NPP delegates, Christians, Muslims and people from all tribes united, is to make Alan John Kwadwo Kyerematen President of Ghana.