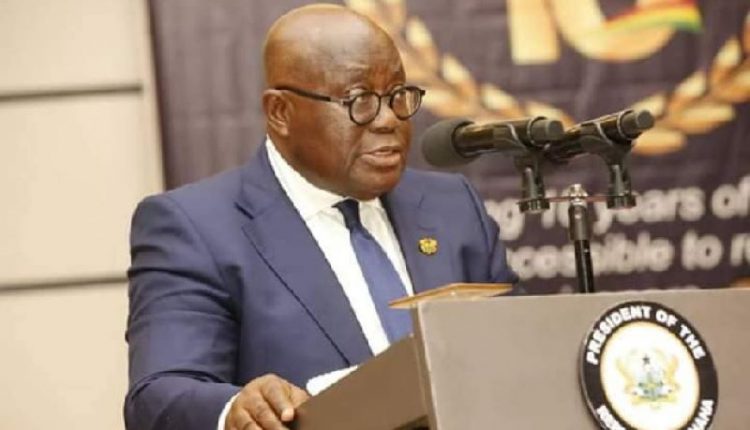 This, he says will help Ghanaians repose confidence in the party and vote for them in the next election, thereby making the NPP’s quest to break the eight a reality.

Speaking to Metropolitan, Municipal and District Chief Executives (MMDCEs) in Kumasi as part of his meeting to find a lasting solution to the menace, President Akufo-Addo reiterated his commitment, adding that he will not shield any government official found complicit in galamsey activities.

“Let us work together to get rid of this menace. I believe that if the people of Ghana see a determined effort on our part, which yields results, our water bodies are clearing, our lands are being reclaimed, and our forest zones are being preserved, it will help them enable us break the eight”, he stressed.

Earlier, the President met with the National House of Chiefs, where he bemoaned how all efforts to fight galamsey have failed.

“It is obvious that, if we are to win the fight, you and l have to take the lead to collaborate closely to do so. That is why I am here today. After our meeting, I will also be meeting with the other half of the local government [institutions]-the Metropolitan, Municipal, and District Chief Executives in the ninety metropolitan, municipal, and district areas across the country, where mining activities take place, to seek their active collaboration.”

He also called on the chiefs to support government’s effort in dealing with the menace.

“There are many requests I intend to make of you in the close-door session of our meeting, but one of the most significant, which I have to state now, is to seek your assistance to take partisan political interests out of the fight against galamsey.”

“It can only succeed if it is a truly national battle, which no one seeks to exploit for political gain, as we saw in the last election.”