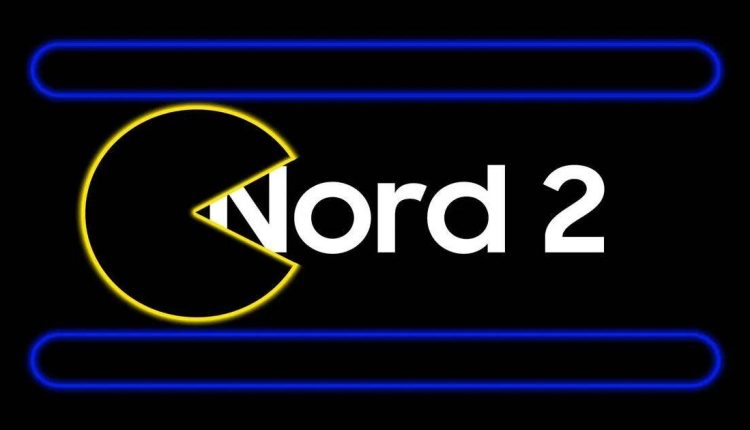 OnePlus Nord 2 Pac-Man Limited Edition is set to hit the store shelves soon if rumors making the rounds online prove to be true. The Chinese smartphone manufacturer has a reputation for introducing limited-edition phones. For instance, the company has launched the OnePlus 8T Cyberpunk 2077 Edition, the OnePlus 6 Avengers Edition, and the OnePlus 5T Star Wars Limited Edition in the past.

The popular smartphone brand has been drawing flak lately for the Nord 2 exploding on multiple occasions. Last month, even a OnePlus Nord 2 Warp Charger had exploded after it was plugged into a socket for charging the phone. Technicians at the OnePlus care center attributed the incident to voltage fluctuation, and the company even offered a replacement for the user. OnePlus may be trying to amend the rundown reputation of the Nord 2 by introducing the Nord 2 Pac-Man Edition.

ONEPLUS NORD 2 PAC-MAN LIMITED EDITION
The hawk-eyed folks at XDA Developers and Oxygen Updater have found various shreds of information from the teardown of APKs. Moreover, the OnePlus Nord 2 smartphone received a new update recently, suggesting that the phone’s Pac-Man version is just around the corner. Aside from a slew of other details, the publications discovered a new lock screen with a PAC-Man theme in the OnePlus Launcher (v5.2.3.4). Interestingly, the yellow text in the new lock screen is the same color as the game’s main character.

Aside from that, the lock screen seems to have the eyes from the ghosts in the Pac-Man video game. Moreover, the publications found a new XML configuration file called “default_workspace_5x5_pacman.xml.” As if that weren’t enough, they discovered that OnePlus has added the PAC-MAN 256 – Endless Maze game to a folder named OnePlus, on the default home screen. Aside from that, there’s a PAC-MAN game-based fingerprint animation.

Moreover, various references to the game have been discovered in the Gallery app. These comprises a custom sticker after a specific period of charging. Noted tipster Max Jambor claims that the Nord 2 Pac-Man Edition smartphone is slated to launch soon. However, the leaker did not divulge an exact launch timeline of the smartphone. The company is still mum on the aforesaid Pac-Man Edition Nord smartphone. There is a possibility that the phone could go official during the festive season.

SPECIFICATIONS
The Nord 2 sports a 6.43-inch Super AMOLED display that delivers a Full HD+ resolution. It offers a refresh rate of 90Hz. The phone houses a 50MP triple camera setup at the back. Furthermore, it features a 32MP front shooter for selfies and video calling. The phone draws its juices from a 4500mAh battery that supports 65W fast charging. It packs a Dimensity 1200 SoC under the hood and runs Android 11 with Oxygen OS 11.3 on top. However, the Pac-Man edition is likely to come with a Snapdragon 778G SoC.