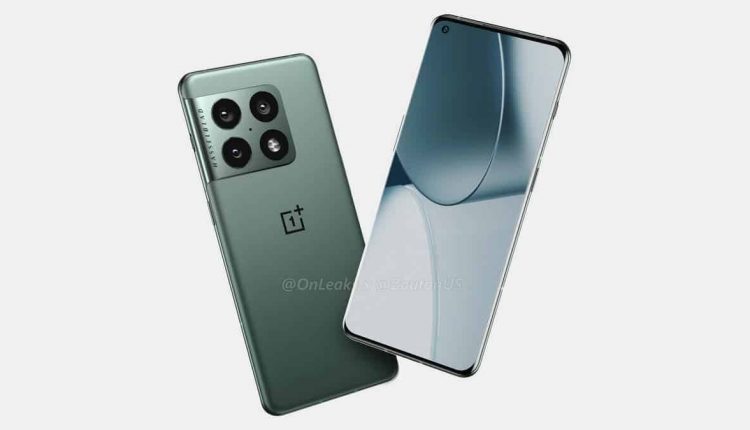 Despite the fact that there is still a long time before the announcement of the OnePlus 10 Pro, we have repeatedly had a reason to talk about the new product. And they were thrown up by the famous network insider @OnLeaks, who posted renders demonstrating the design of the flagship on the network.

Thanks to them, we learned that the main camera of the smartphone will be three-component and there will be no place for a periscope module in it. Ice Universe insider confirmed this today and revealed that the OnePlus 10 Pro will offer a “regular” telephoto lens with 3.3x optical zoom and 30x digital. This can be frustrating for fans of zoom photography.

We know nothing about the characteristics of other modules; but it is not difficult to assume that the ultra-wide will make up a pair of the main sensor. And, of course, the company will continue to partner with Hasselblad to improve the OnePlus 10 Pro’s photo capabilities.

Little is known about the smartphone itself, but it is not difficult to assume that it will be awarded an AMOLED display with a refresh rate of at least 120 Hz, the latest Snapdragon 8 Gen1 platform, at least 8 GB of RAM and 128 GB of storage memory, a battery with a capacity of at least 4500 mAh and charging with a power of at least 65 watts. OnePlus may launch the next series of flagship smartphones earlier than expected, according to 91Mobiles. According to the latest data, the OnePlus 10 series of smartphones are already in one of the last stages of testing ahead of the launch; which will take place very early next year. According to the source, the new flagships of the Chinese company will launch in late January or early February 2022.

The OnePlus 10 is reportedly launching earlier than usual; so that the smartphone can compete with the Samsung Galaxy S22 at launch. According to rumors, on January 4, Samsung is going to introduce the budget flagship Galaxy S21 FE; and on February 8, flagships of the Galaxy S22 will be available. We are talking about unusual for OnePlus the timing of the launch of flagship solutions. The OnePlus 9 series was unveiled at the end of March this year. However, the company missed the launch of improved versions of flagships with the “T” suffix; which usually occurs in the fall. It was probably decided instead to focus on preparing the OnePlus 10.

The OnePlus 10 will run on the upcoming flagship Qualcomm Snapdragon 898 chipset. The device has a 6.7-inch flat screen with a 120Hz refresh rate, made using AMOLED technology. According to rumors, the smartphone will receive support for fast 125-watt charging. In addition, renders of a smartphone have recently leaked to the Network; which demonstrates a completely new design of the main camera unit for the company’s devices.