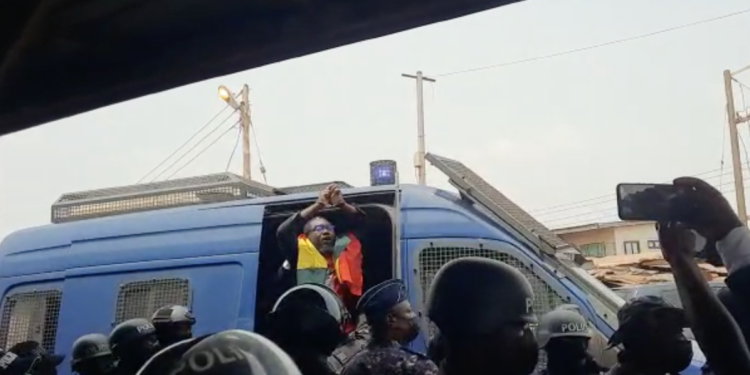 The Ashaiman District Court has expressed concern over the inability of the prosecution to show up in court in the case in which Oliver Barker-Vormawor has been held for treason felony.

The accused person whose bail application would be ruled on Wednesday was present in court.

When the case was called, lawyers of the accused were present but there was no representation from the prosecution.

Chief Inspector George Doe held brief for DSP Sylvester Asare, the substantive prosecutor requested for the case to be stood down to await him.

Justice Dr Srem Sai, counsel who represented the accused said the absence of the substantive prosecutor led to a plea by the defence for the accused to be discharged on basis of want of prosecution.

It was the case of counsel that the prosecution has lost interest in the case and prayed the court to discharge the accused.

He said as at now there is no summary of evidence and a formal charge so standing down the case will not change those facts.

The court presided over by Her Honour Eleanor Kakra Barnes Botwe said the court will advise itself if the trend continues.

#FixTheCountry Movement lead convener has since February 11 been in detention after he was picked up at the Kotoka International Airport.

His lawyers have moved a bail application at the Tema High and the ruling is expected on March 16.

Bawumia has turned into a coward – NDC lawyer