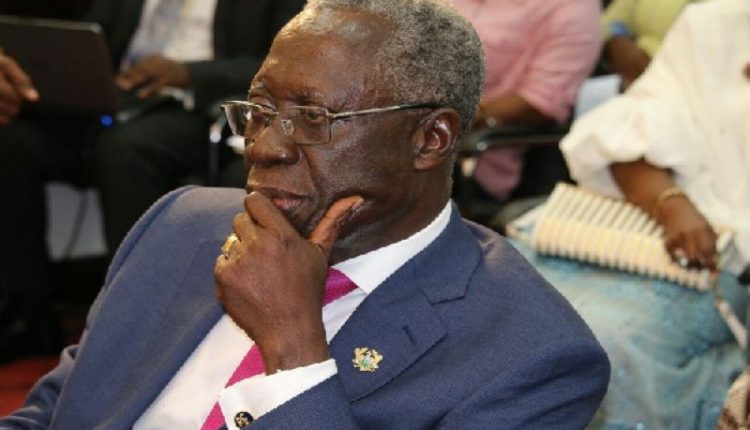 Top officials of the Akufo-Addo, Bawumia administration and the New Patriotic Party have reportedly met and taken a decision to advise Senior Advisor to the President and former Senior Minister, Yaw Osafo Maafo to desist from granting media interviews on governance matters.

Sources told MyNewsGh.com Mr. Maafo was told to stay off public commentary on governance matters about a month or two ago and is not related to the current Aisha Huang controversy.

The Elders met and took the decision after an alleged leaked tape of Osafo Maafo emerged in which he passed derogatory remarks about Asante history and sought to portray Akyems as more powerful historically.

The leaked excerpts of the conversation relating to the roles of various ethnic groups was recorded during the NPP Regional primaries in Koforidua.

The Senior Presidential Advisor was heard saying that the struggle for independence was led by the Akyems and that the Asantes were not involved.

The NPP Senior figures decided Mr. Osafo Maafo issues a written apology over the anti-Asante remark and desist from any further public remarks unless he is delivering a scripted speech at a public forum.

He was advised to stick to scripts when attending forums as complaints about his utterances were reportedly hurting the party.

In line with the advice, the senior Presidential Advisor to President Akufo-Addo, duly apologised for passing the ethnocentric comment that painted Asantes in bad light and said he “erred”.

Mr. Osafo Maafo’s name is currently trending after the Aisha Huang controversy resurfaced following the arrest of the Chinese businesswoman.

Mr. Maafo in a US forum in 2018 said the jailing of the Chinese woman will not bring anything good to Ghana hence her deportation. His remark was criticized.

In the same year, Mr. Osafo Maafo told unemployed graduates the public sector was choked and there was no space.

It later emerged his two sons were employed in the public sector at SSNIT and NCA in New roles specifically created for them.

Mr. Osafo Maafo is said to be highly unpopular within the NPP and the government but he is being held down by President Akufo-Addo.

Kelvyn Boy: Down Flat Remix to be released on friday