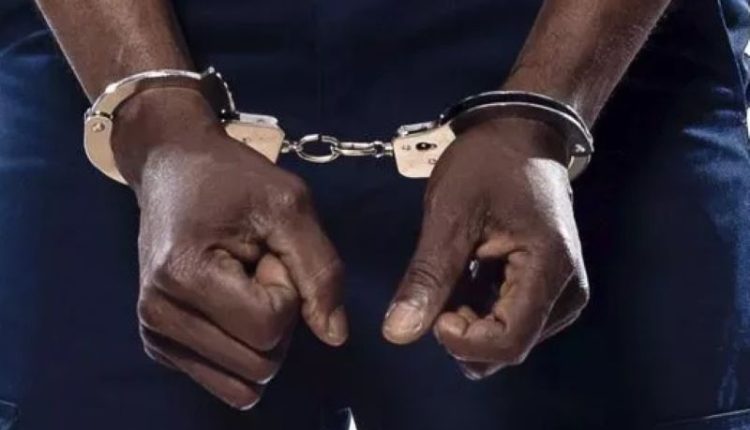 A 21-year-old Okada Rider, Emmanuel Waki has been sentenced to serve 15 years jail term after pleading guilty to robbing a bystander of his mobile phone in front of the Police CID Headquarters.

The incident which occurred on December 19, last year, is said to have been witnessed by the Inspector General of Police and his bodyguards who were then returning from routine observational duties.

Emmanuel Waki, who is affectionately called Pocket, was given a hot chase which led to the arrest of Salifu Alhaji, also Okada rider, who then led the police to arrest Waki at Old Fadama.

Waki pleaded guilty simpliciter (without any explanation) on December 23 before the Circuit Court and was convicted on his own plea while his sentence was deferred to today, Wednesday, December 04, 2023.

In court on Wednesday, January 4, the court presided over by His Honour Mr. Samuel Bright Acquah said per Section 296 the punishment for robbery is up to life in prison.

The convict who had pleaded guilty to two counts of conspiracy and robbery was sentenced to 10 years for conspiracy and 15 years for robbery. The sentence the court said should run concurrently, meaning he would serve the highest of 15 years.

The first accused person Salifu Alhaji, 24, also Okada Rider, denied the charge of conspiracy and has been remanded.

Addressing the court prior to sentencing, Inspector Isaac Babayi, the Prosecutor said the second accused pleaded guilty simpliciter when the charges and the consequences of his plea were explained to him.

He said the plea of the convict was voluntary and the court in sentencing him must take into consideration the “intrusive seriousness” of the offense – robbery and conspiracy.

He said the robbery is a first-degree felony offense and more importantly the circumstances of which the incident happened.

He told the court that per the police records, robbery is on the increase, and the pre-meditation and violent manner the crime was committed required a hefty punishment.

He prayed the court to hand down a sentence that should deter others who habbour a similar intention to shy away from such crimes.

Gregory Kwadwo Asiedu, defence counsel while making a plea for mitigation said his client is a first-time offender and a lighter punishment would serve the best interest of justice.

Inspector Babayi told the court that, on Monday, December 19, last year, at about 20:10 hours, the Inspector General of Police (IGP) with his bodyguards on return from their routine observational duties while on the main road in front of the Police CID Headquarters spotted a motorbike rider riding interchange.

According to the Prosecutor, the rider suddenly diverted from the approved lane that he was supposed to use to the opposite lane facing oncoming vehicles.

He told the court that, upon reaching the pedestrian pavement opposite the CID Headquarters, the suspicious rider robbed the cellular phones of a pedestrian who was waiting for a vehicle and sped off.

The Prosecutor said, the victim attempted to chase the rider but failed to catch up on him. The bodyguards of the IGP who witnessed the crime from a distance quickly pursued the motorbike and in a few minutes, accosted the first accused, Salifu Alhaji.

He said, the first accused who was using the Apsonic motorbike, red colour with registration number M-20-GR6987 whose personality had semblance with the perpetrator they saw committed the crime and handed him over for investigation.

He said, the first accused during investigation denied the offence but mentioned the second accused as the one who robbed the phone because he spotted him on his motorbike moving towards the direction of the robbery scene with similar motorbike as his.

The prosecutor said, the first accused on December 20, 2022, led police to the residence of the second accused at Old Fadama and pointed him out leading to his arrest for investigation.

During investigation, the second accused admitted that he was the one who robbed the pedestrian of his cellular phone on the pavement about 20:10 hours on December 19, 2022.

He confessed to having sold the mobile phone to one Mohammad at a price of GHc300.00 and they were arraigned whilst investigation continued to apprehend others connected to the crime.

‘Galamseyer’ Sentenced To Fine Of GH₵ 1.2 Billion For Illegal Mining