The Finance Minister, for the second time, did not show up in Parliament to render account of how government has spent Covid-19 funds.

This is in spite of earlier assurances by the leadership of the Majority group in Parliament.

Per the Business Statement for the week, and Wednesday’s provisional Order Paper, Ken Ofori-Atta was expected to answer 16 questions, which includes accounting for Covid-19 funds.

But the 16 questions were not tabled as part of the day’s business.

The Minority MPs are not happy about the development as they have accused him of continuous disrespect for the House.

In an interview with JoyNews, the Ranking Member on the Health Committee, Kwabena Mintah Akandoh said the Minister is evading accountability.

“That has been his nature; I am not surprised. There are a lot of outstanding questions for the Minister responsible for Finance, and sometimes at the last minute, he won’t show up. In any jurisdiction, this man would have been fired long ago by the President. He is not being fired by the President because he is keeping the parochial interest of the President.

“Tell me one single reason why this Minister should be in office by now. Are you satisfied? The hardship we are going through today, are you satisfied? The inflation today and the economic condition we are in today in Ghana can only be likened to the 80s,” he told JoyNews‘ Kwaku Asante.

Mr. Akandoh stressed that the attitude of the Finance Minister points to the fact that the government does not care much about probity and transparency.

He explained that “if he [Ken Ofori-Atta] really cares and this man has any conscience, he would not have the guts to go and sit on national television and be defending the building of the National Cathedral, while countless number of NABCo people have not been paid, and while the National Health Insurance Authority’s Fund has not been paid.”

The Juaboso Member of Parliament (MP) noted that his side will not give up on exacting accountability from the Finance Minister on government’s expenditure on Covid-19.

“We are talking in excess of GH¢25 million. We need a bi-partisan probe into the entire expenditure and the receipt of Covid money. For me, the questions on the Order Paper are not enough.”

Although he could not make it to Parliament, the Finance Minister has requested the approval of a loan sum of $1 billion.

He wants $750 million from the Afreximbank to finance capital and growth-related expenditures in the 2022 budget.

Also, a syndicated loan of $250 million will be taken from a consortium of banks. 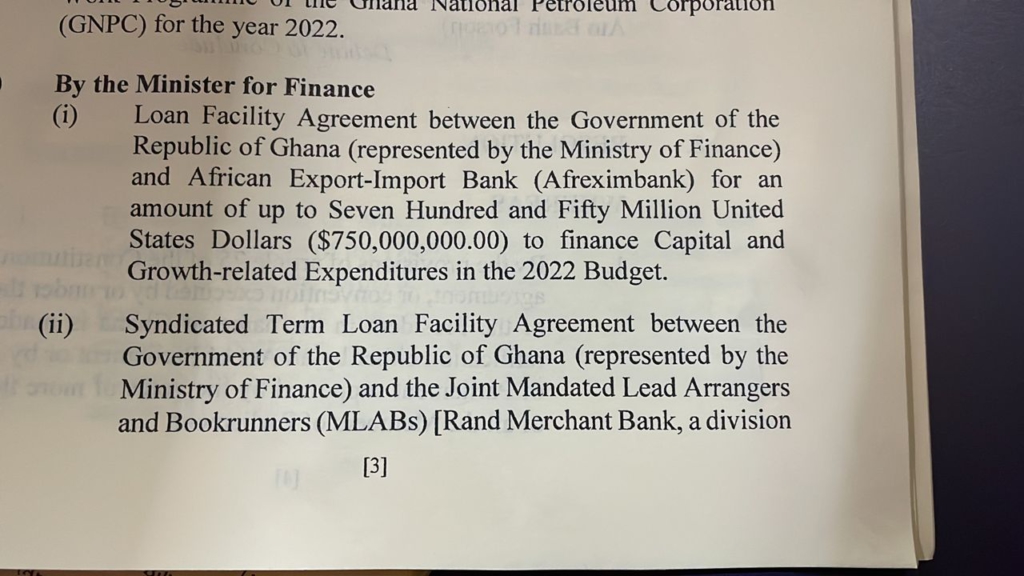