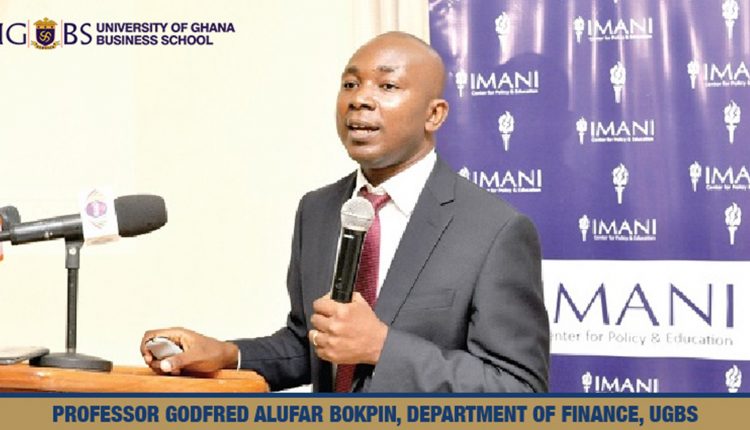 A Professor at the University of Ghana Business School, Godfred Bokpin, has called for the resignation of the Finance Minister Ken Ofori-Atta.

In his view, the country has reached the stage where it needs fresh ideas at the Finance Ministry on how the country can come out of the economic challenges.

Speaking in an interview with 3Buisness on the sidelines of the Imani Ghana-GIZ forum in Accra on Wednesday, he said “I think that we need fresh minds, we need fresh ideas, we need a different face from the Ministry.

“I do recognize the current Minister of Finance, perhaps has done his best for the country and I think that we should be able to recognize that we are at the point where somebody also needs to continue.”

Prof Bokpin is not the only to have called for the resignation of the Finance Minister.

Former President John Dramani Mahama also said because Mr Ofori-Atta supervised disastrous collapse of the economy, he must be sacked.

In a statement welcoming the decision by the Akufo-Addo administration to head to the IMF, Mr Mahama said on Saturday July 2 that “The Finance Minister who has supervised the disastrous collapse of the economy cannot and should not be part of the team of negotiators. He has lost credibility and the trust and confidence of stakeholders in our economy.

“President Akufo-Addo must take a bold decision to replace his finance minister immediately with a more assured and competent person who is willing and able to work tirelessly to turn our almost hopeless situation around.

READ ALSO:  No credible remedial plans by the gov’t to salvage the economy – Mahama

‘In addition, given his obvious failures, the Vice President must be relieved of his responsibility as Chair of the Economic Management Team to enable the President to reconstitute the team. We must draw useful lessons from this episode and avoid cheap politicking with the economy; that can only yield the disastrous outcomes that have brought us here,” Mr Mahama said in a Facebook post on Saturday July 2.

But Mr Ofori-Atta said he will not resign.

Speaking to journalists at the Accra Sports Stadium during the delegate conference of the New Patriotic Party (NPP), on Saturday July 16, Mr Ofori-Atta said while reacting to the calls that “It is almost like telling a father to resign from his children because he has changed his mind”.

“There are times that decisions have to be made for the survival of the country and therefore, if such circumstances such as Covid or Ukraine war occur which are not typical, it does change the environment.”

There is nothing wrong appointing your brother; Ex US Pres. Kennedy did it; Kufuor also – Agyeman-Duah