The 2021/2022 Ghana Premier League Top scorer, Yaw Annor, has successfully switched nationality to play for Togo, the Football Federation of Togo has confirmed.

He has been handed first Togo call-up for Ivory Coast and Equatorial Guinea friendlies on September 24 and 27 respectively.

The former Ghanaian professional footballer who played as a winger for Ghanaian Premier league side Ashanti Gold last season now plays in the Egyptian Premier League for Al Ismaily.

He previously played in Spain for CF Fuenlabrada and Burgos CF. He won the Ghanaian FA Cup in 2016 during his second season with Bechem United and was adjudged the FA Cup best player of the season.

He’s expected to play his first international game for Togo later this month in Paris and Casablanca where the two friendlies will take place. 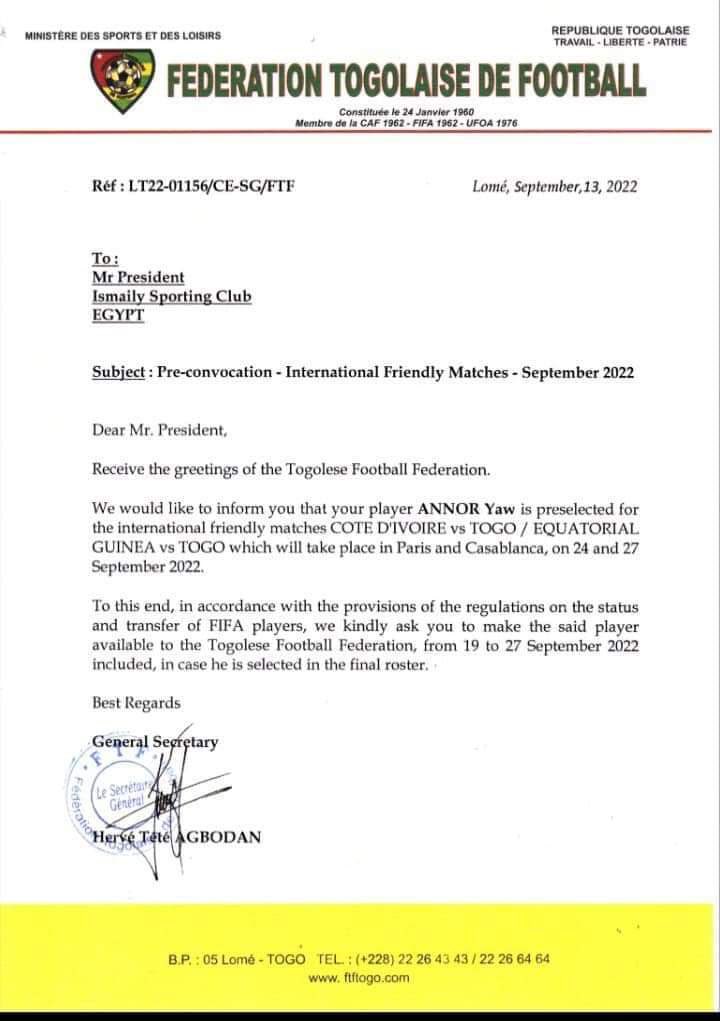 Find X6 series is on the way