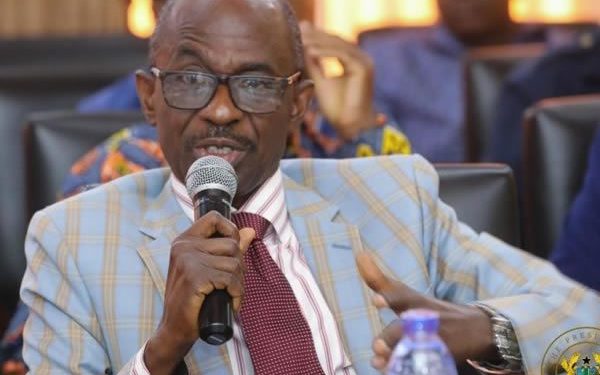 NPP MP down with stroke; on admission – Asiedu Nketia

The General Secretary of the opposition National Democratic Congress Johnson Asiedu Nketia has claimed a member of the majority side of Parliament has been hit with stroke and is on admission at a hospital.

He told Nana Aba Anamoah on Starr Chat Wednesday that the governing party will still not be able to marshal enough numbers to pass the controversial E-levy even if the Assin North lawmaker is removed from the Minority side.

“They keep going around as if they have the numbers to pass the E-levy by themselves but they cannot. Now you have one of your MPs struck down by stroke, he is in intensive care as we speak,” he said.

Mr Nketia also noted he supports the decision of Dome-Kwabenya MP Adwoa Safo to absent herself from proceedings in the chamber if her grounds are to object the passage of the controversial levy.

Meanwhile, the First Deputy Speaker, Joseph Osei-Owusu has indicated that the Majority Caucus does not factor Dome-Kwabenya MP, Sarah Adwoa Safo, into its deliberations in Parliament.

According to the Bekwai MP, all avenues to get the absentee MP to return to the House have proved futile.

Speaking on Kumasi-based Pure FM, Mr Osei-Owusu said, “in our strategy, we have taken it as going to rescue a kidnapped person, you presume she is dead, but if you go and she is alive, then it is God’s grace, and it adds to your gains, so that is our approach.

“So as it stands now, we don’t count her as part of us,” he stated.