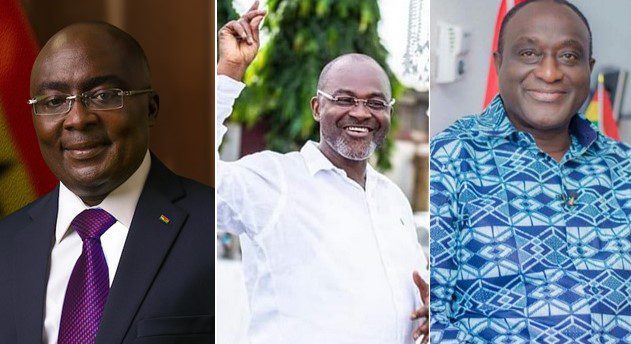 The Managing Editor of the Dispatch Newspaper, Ben Ephson, has said Assin North Member of Parliament, Kennedy Agyapong, will beat Trade Minister, Alan Kyerematen, in the impending flagbearership contest of the NPP.

This comes on the back of the President Akufo-Addo assuring the rank and files of the party that he will not support any candidate in the NPP’s flagbearership race expected to be held in 2023.

According to President Akufo-Addo, his aim for the party is to support whoever emerges the winner and win the 2024 election for the NPP.

However, political analysts have tipped either the Vice President, Mahamudu Bawumia or the Trade Minister, Alan Kyerematen to win the race for the 2024 presidential slot.

Speaking to Francis Abban on the Morning Starr Tuesday, the Pollster indicated that the race will be between Mr Agyapong and Dr. Bawumia.

“I will give you just one or two scenarios to support my point. Alan Kyerematen since 2007 hasn’t done any work in the party. So if you are a delegate now who is thirty years old Kennedy Agyapong has worked in the party as we speak now for twenty-two years. He is a six term MP by 2024.”

He continued: “I am not a delegate but from the work we have done, I think Alan could place third. If Alan places third I will not be surprised at all. I am talking about figures that I have collected before the election and it is about 55% turn over at the polling station constituency level and the polling station is the biggest. In terms of over 200,000 delegates who will vote.”

Mr. Ephson stated that the just ended ‘Aduro wo so walk’ held in the Ashanti Region for Alan, though with a huge number, had very few delegates who will decide who leads the NPP into the 2024 elections.

Send your news stories to1