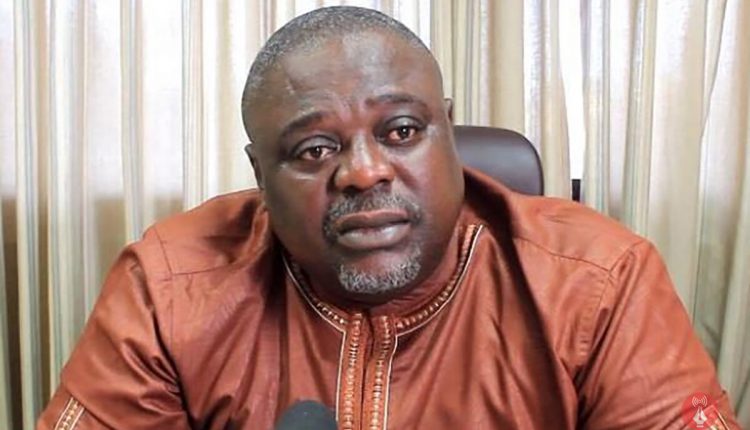 Nobody has tampered with Atta Mills’ tomb – Koku Anyidoho insists

An aide to former President John Evans Atta Mills and founder of the Atta Mills Institute, Samuel Koku Anyidoho, has denied claims of tampering with the grave of the late President.

Brother of the late President and Member of Parliament for Komenda-Edina-Eguafo Abirem, Samuel Atta-Mills addressed the press in Parliament on Tuesday and said Koku Anyidoho together with the Coastal Development Authority had tampered with the tomb without recourse to the family.

Responding to the accusations, Mr. Anyidoho said he will not dignify the insults meted out to him, insisting that his action is solely to preserve the memory of the late former President.

“Nobody has tampered with anything. What is being done is the reconstruction of the Asomdwe Park. President Mills died as President of the Republic of Ghana. Where has Sammy Atta Mills been all these years? Does he now remember that the late President was his brother? What has he done to keep the memory of his brother alive? I respect the family so much, but I will not dignify Sammy Atta Mills.”

There are reports that the park was no longer secure as its security had been left in a sorry state and no longer a secured place at least befitting enough for former leaders worth celebrating.

The condition of the park and the late President’s tomb is nothing to write home about, as some parts of the fencing protecting it have broken down.

Professor John Evans Atta Mills previously served as Vice-President from 1997 to 2001 under President Jerry Rawlings, and he stood unsuccessfully in the 2000 and 2004 presidential elections as the candidate of the National Democratic Congress (NDC).

He is the first sitting Ghanaian head of state to die in office and was subsequently laid to rest at the Asomdwee Park.

John Evans Fiifi Atta Mills was a Ghanaian politician and legal scholar who served as President of Ghana from 2009 to 2012.