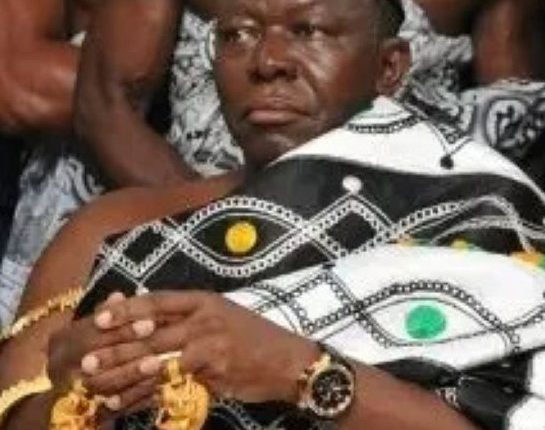 Nobody can intimidate any chief under my watch – Asantehene

Asantehene, Otumfuo Osei Tutu II, says no chief within the jurisdiction of the Asante Kingdom would be subjected to intimidation under his watch as the overlord.

He says reports of intimidation and attacks on some chiefs who owe allegiance to the Golden Stool in places outside the Ashanti region would not be allowed to pass without Asanteman taking action.

“In the Bono region where Nananom who owe allegiance have become subjects of attacks, we will face them squarely,” Otumfuo told members of the Asanteman Council at a meeting in Kumasi.

The Asantehene appears to have been angered by attempts by Drobohene to oppose the elevation of Japekrom into a Paramountcy.

A clash between the two communities, located in the Jaman South District, over a land dispute in 2018 led to the death of two people and the destruction of property, including the torching of homes and cars.

Analysts blamed chieftaincy as the underlying tone for the dispute between the two towns separated by a river.

The Asantehene cannot understand why the Drobohene will oppose the elevation of Japekrom, insisting chiefs are dignified but not treated as enslaved people in Asanteman.

“In the same manner, I want to tell those in Bono East; All those who have sworn the oath of allegiance before me are my paramount chiefs.

Being gazetted does not make one a chief; being a chief is when you swear before Asantehene. Therefore, all those in Bono East must be careful with their dealings. If you are a man enough, then be prepared to face me,” he said.

Asanteman Council is the highest decision-making body of the Asante Kingdom, with chiefs from Ashanti, Bono East, Bono, Ahafo, Eastern, Western and Western North, and Oti regions being part.