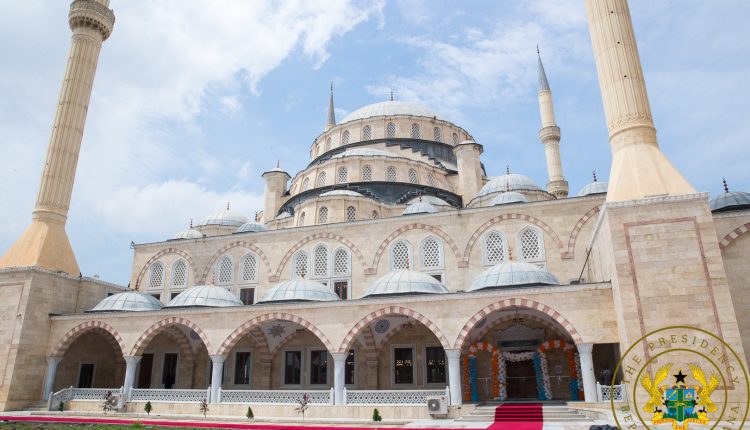 No State money was spent on National Mosque – Muslim group

The Coalition of Muslim Organizations – Ghana (COMOG) says not a pesewa from the State was contributed to the construction of the National Mosque at Kanda in Accra.

In a statement dated June 13, 2022, the Coalition disclosed that the statement made on GTV by the Chief Executive Officer of the National Cathedral, Dr. Paul Opoku-Mensah suggesting that the Ghanaian government spent State resources on the National Mosque is not true.

“We, the Coalition of Muslim Organizations, Ghana (COMOG), on behalf of all Muslims organizations in Ghana wish to state unequivocally, and without any fear or favour that, not a single pesewa from the State by any political regime was contributed to the construction of the Kanda National Mosque.

“The CEO of the National Cathedral made this statement in an attempt to justify the sum of over GHc25 million of State resources as seed money for the construction of the most controversial project in Ghana today, the National Cathedral,” the President for COMOG, Hajj Abdel-Manan Abdel Rahman opined.

Attached is the full statement from COMOG 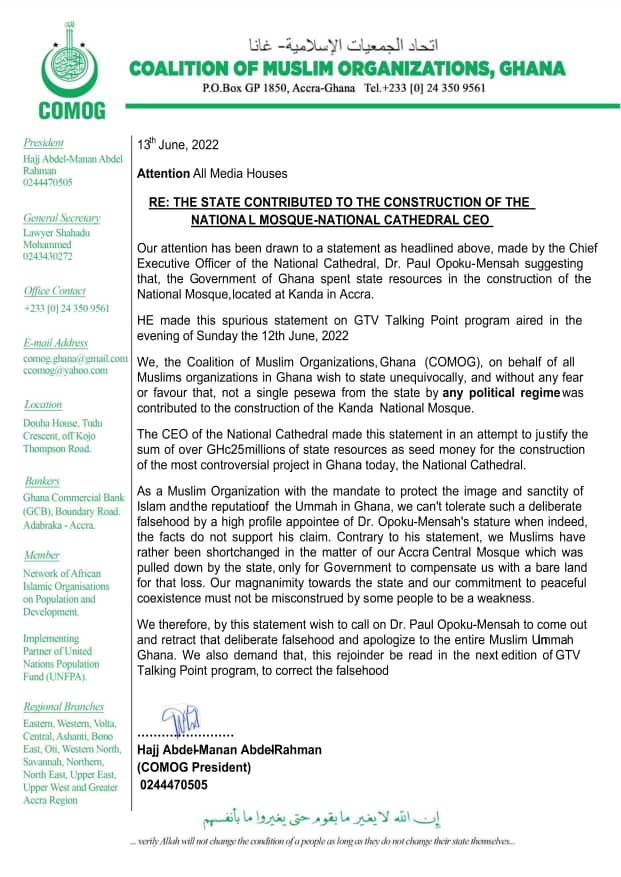