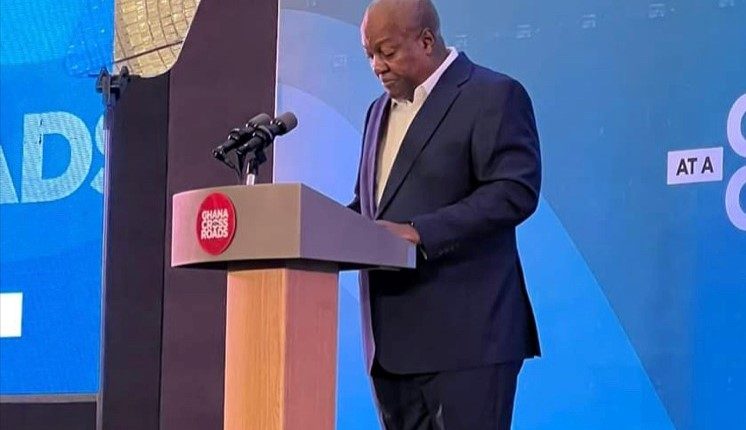 Former President John Dramani Mahama has assured Ghanaians that if voted into power in 2025, a new NDC government will repeal the E-Levy Act.

According to him, the E-levy is only a distortionary and burdensome tax that only forces Ghanaians to pay more while suffering.

Addressing the nation on the theme ‘Ghana At A Crossroads’, on Monday, Mr. Mahama said, “unfortunately in the face of this self-inflicted economic catastrophe, this government against all sound advise has decided to introduce the E-Levy that heaps more suffering on Ghanaians.”

“A new national democratic congress government, God willing, with the votes of the sovereign people of Ghana, in 2025 will repeal the E-Levy act,” he added. 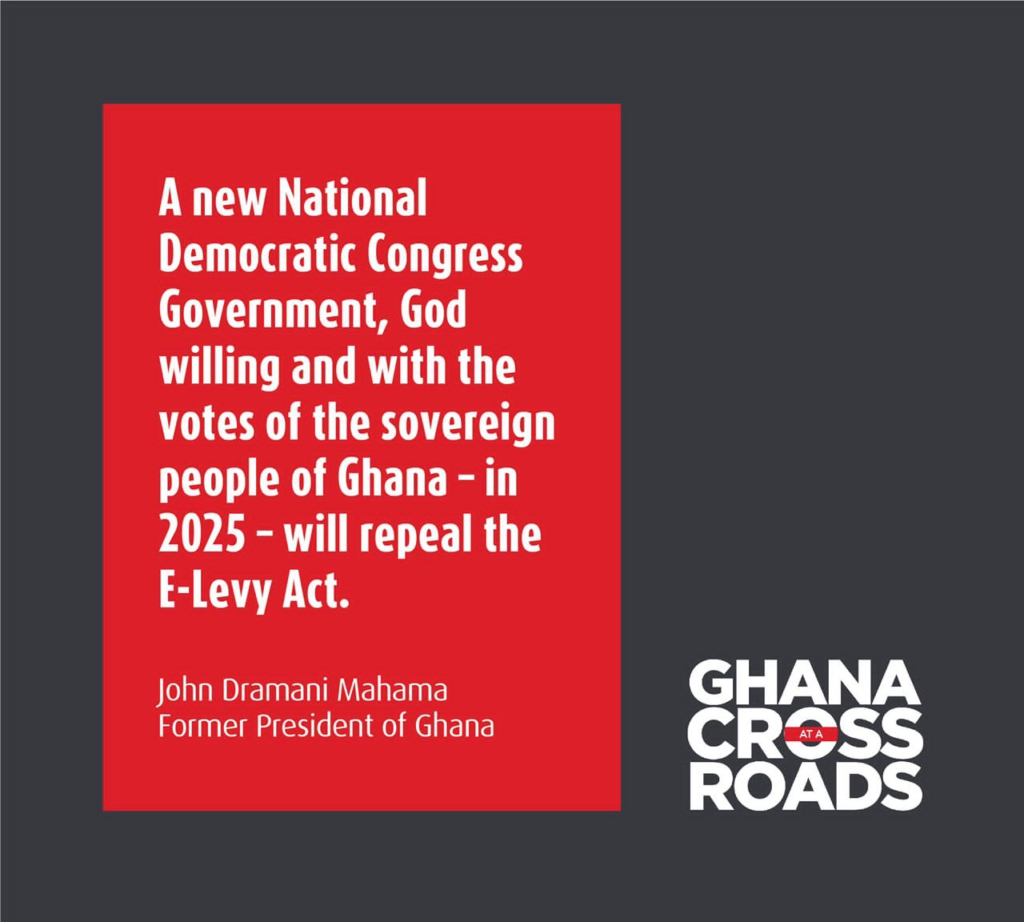 The former President explained that even though the NDC is not against taxation, neither will they coin “fanciful” praises to condemn it, E-Levy is regressive and only seeks to overtax the people of Ghana.

“Let’s take for example, a worker gets paid in his electronic wallet, his Pay As You Earn (PAYE) tax has been deducted already. For every transfer or purchase above GH¢100 he makes on his e-wallet, he has to pay an additional 1.5% multiple times he uses MoMo,” he stated.

Mr. Mhama said people will now be forced to use more cash than electronic transactions as part of their daily operations.

The former President added that it is even more saddening that the levy was implemented on May Day, when workers were supposed to be celebrated.

The e-levy which kicked in on Sunday, May 1, is expected to see 1.5% levy on e-transactions.

The tax, according to the government, is part of its efforts to generate revenue for development. The tax is expected to rake in close to GH¢6 billion in tax revenue for the country.

Some persons who have made electronic money transactions have complained of varying deductions and unauthorized charges.

Some have taken to social media to mention how charges were made on transfers they made to themselves. Some have also noted, that they were charged for transfers less than GH¢100.

Meanwhile, the Ghana Revenue Authority says it will investigate and refund all wrongful deductions from customers’ mobile money wallets during the first day of the implementation of the Electronic Transaction Levy.

This is due to some technical hitches experienced on the day by some consumers on the various networks.

Also, the Chief Executive Officer of the Ghana Chamber of Telecommunications, Dr Kenneth Ashigbey, has assured the public that plans are underway to fine-tune the implementations of the e- Levy.

However, former President Mahama believes that even with government’s desperation to tax the people, their plans to develop the country with the money may not exceed their expectations.

“Because government’s own budget proposal shows that the e-levy will not make any significant contribution, in resolving our problems, but will exert an adverse toll on the people of Ghana,” he stated.

He added that the government has also been “wasteful” in their expenditure hence the public cannot also be made to pay more taxes only for the accruing money “to be dubiously shared among family and friends.”

“Even as this government remains fixated with taxing their way out of economic mismanagement, the Akufo-Addo government has been wasteful, they failed to demonstrate prudence in public financial management,” Mr. Mahama said.