The WABetaInfo website report that the application is currently working on more than twenty new emojis that will be included in a future update in addition to having changed the appearance of other existing ones. It was previously clear that the WhatsApp beta for Android would bring a number of new emojis, but also WhatsApp devs are working on a bookmark icon to identify kept messages, for a future update of the app.
WhatsApp Beta introduces 21 new emojis
Twenty-one new emojis, which will be added to the app in a subsequent update, are compatible with WhatsApp in the most recent 2.23.1.24 beta update for Android on the Play Store, according to WABetaInfo.

As seen in the image below, WhatsApp plans to update the appearance of eight other emojis. They are already present in the beta application in addition to adding the new emojis. Although the changes are not significant, this image makes them easier to see. 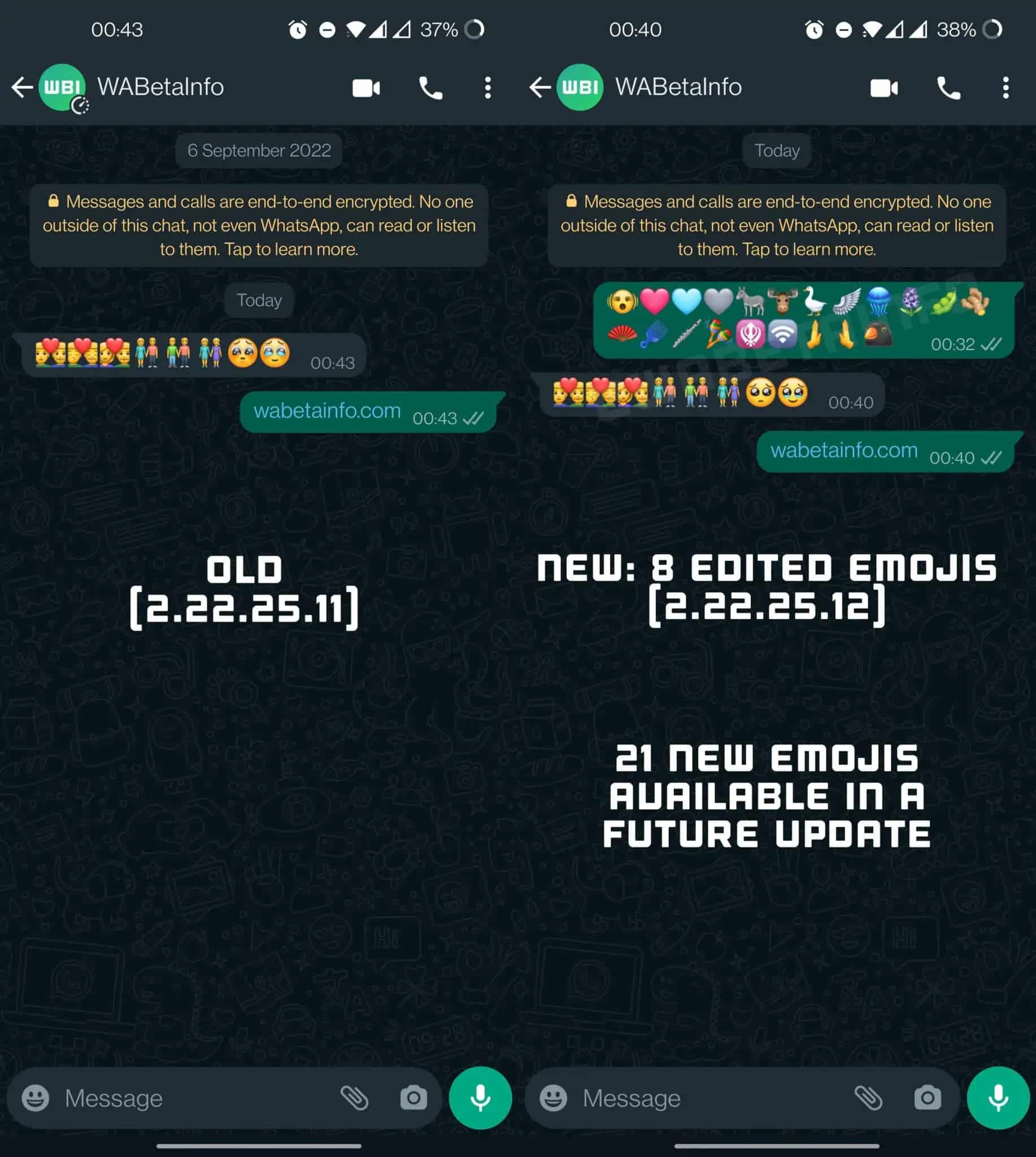 “As you can see in this screenshot, there are 21 new emojis that will be available in a future update. But there is even more: WhatsApp also redesigned 8 emojis and they are already visible in this beta. In reality, you may not have noticed them since the changes are not really evident. Except for Pleading Face and Face Holding Back Tears. But thanks to the screenshot, you can discover which emojis have got a redesign” according to WABetaInfo.

Some users who have the most recent beta from Google Play can see the eight new emojis. But the other twenty one do not appear for the moment.

There is no official time for the arrival of the stable version, but with the start of the testing phase. And if they found no significant issues, it will be available to the general public shortly. The ability to search for messages by date is a feature that WhatsApp beta has already started testing on iOS. Users will be able to go directly to a certain day. To look for specific details about a chat with the help of the feature.