DJI has filed paperwork with the US Federal Communications Commission (FCC) for a new drone joining the Mavic 3 family. The official release of DJI Mavic 3 Classic onto the FCC database indicates that the tech giant’s latest drone could hit the market soon.

For its latest aircraft, DJI has requested the FCC for a Class II permissive change. What this means is that the new product will have modifications that will degrade the performance characteristics as reported to the FCC at the time of the initial certification.

DJI explains in the filings that the Mavic 3 Classic aircraft will sport the same technical construction, including electrical and mechanical parts, as the original Mavic 3 drone which was unveiled in November 2021.

But the biggest change is that Mavic 3 Classic will feature just one camera instead of two, meaning the tele lens will be sacrificed. In addition, the lens version will be changed, but previous leaks have shown the camera specs will likely remain the same.

As such, Mavic 3 Classic should be able to shoot 20MP still images in 12-bit RAW format and videos in 5.1K at 50fps and 4K at 120fps. In addition, an adjustable aperture of f/2.8 – f/11 should be able to meet the needs of aerial photographers in a wide variety of lighting scenarios to get sharper and clearer images.

In the meantime, a few circuit and component modifications are also to be expected in DJI Mavic 3 Classic drone, including: 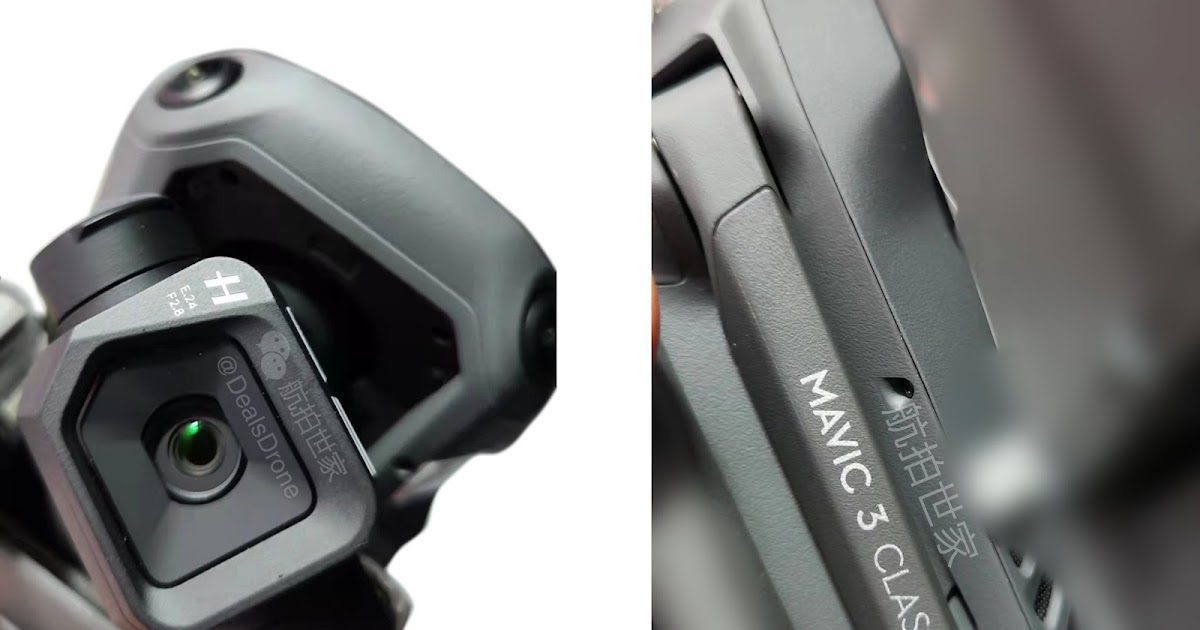 While Mavic 3 Classic’s price is not yet known, DJI would ideally position the product in the $1,300 – $1,500 range to appeal to users who are willing to give up on a tele lens for a drone that’s easy on the pocket.

Releasing an affordable version of its most powerful consumer drone will also give DJI a chance to capitalize on all the design improvements that its engineers worked on for the Mavic 3 series.

For instance, compared to other DJI consumer drones, the motors and propellers of Mavic 3 ensure higher energy efficiency. The weight of the drone’s structure and components is reduced, while the shape of the arms, body, and gimbal has been streamlined on aerodynamic principles. Further, Mavic 3 is known to produce 35% less drag in wind tunnel testing, allowing for faster top speeds with a higher-capacity battery.

In the same vein, the drone maker would want to bundle its new offering with the latest-generation DJI RC remote controller which comes with a lightweight body, FHD display, and ultra-long battery life.