The National Democratic Congress’ (NDC) Chairman for the Mion Constituency, Alhaji Abdulai Zakaria, has been declared ineligible to hold office for two years.

This follows the Northern Regional Disciplinary Committee report finding him guilty of breach of Oath of Office as provided in Article 48(8) of the NDC constitution.

In April, some members of the NDC filed a petition against the Chairman for anti-party conduct, and behaviour contributing to the NDC’s loss of the Mion seat, with an attached audio recording on which the Chairman was heard encouraging voters to vote against the NDC.

The Chairman was suspended, and the petition was referred to the Northern Regional Disciplinary Committee for hearing.

The latest action follows the decision by the Regional Executives on the disciplinary committee’s report. 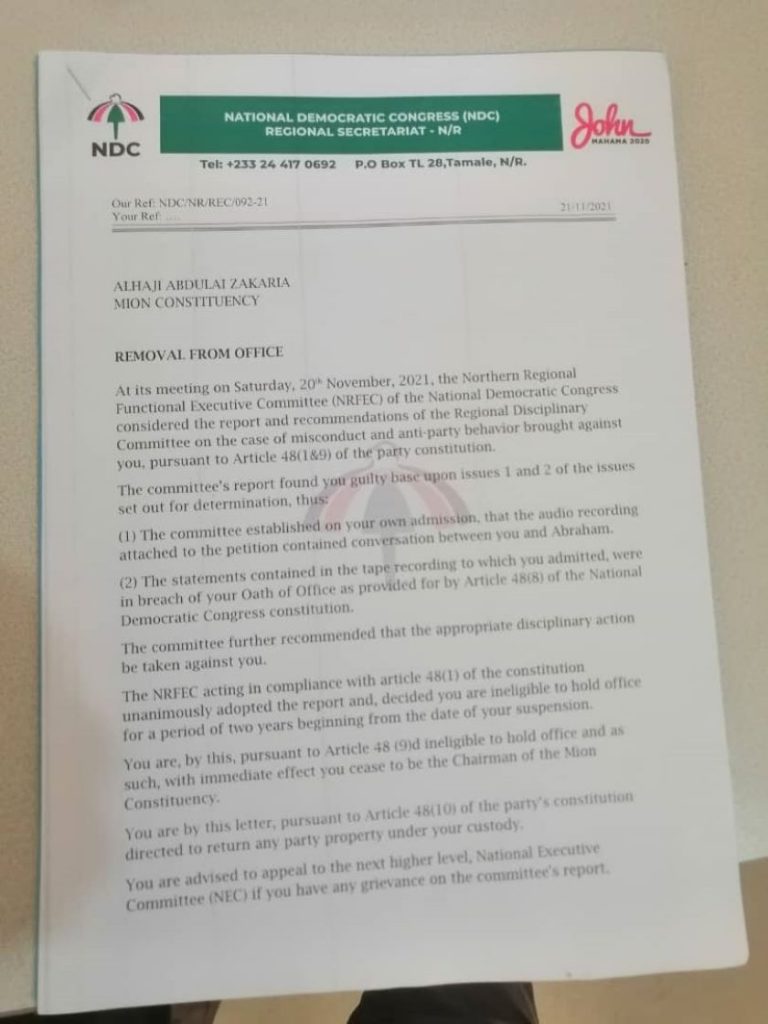 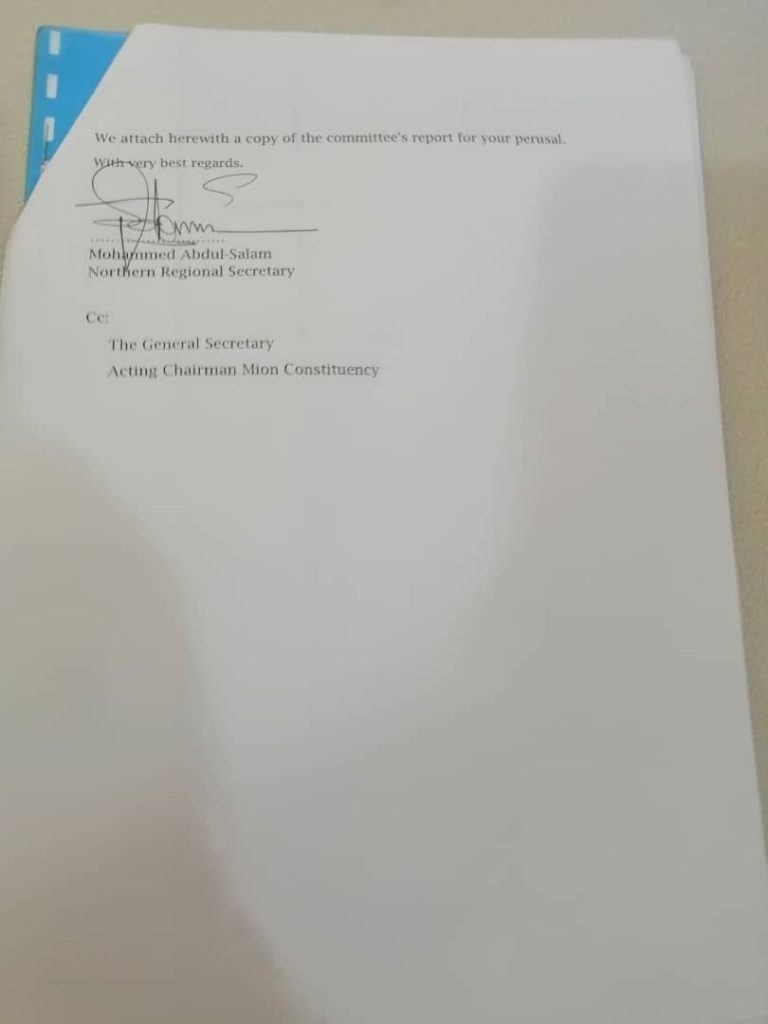