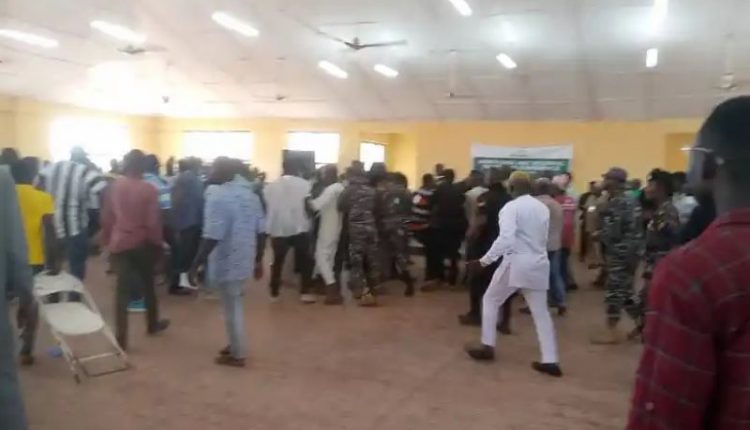 The police had a tough time maintaining law and order as the NDC delegates disagreed with the electoral process, which led to chaos in the hall.

Delegates of the opposition National Democratic Congress (NDC) clashed on Saturday (12 November) at the Nalerigu Senior High School where voting was taking place to elect regional executives of the party in the North East Region.

The police had a tough time maintaining law and order as the NDC delegates disagreed with the electoral process, which led to chaos in the hall.

The fight ensued after the leadership of the NDC in the region announced the voting right of the TEIN executives – the students’ wing – of the party from the Gambaga Training College and the Nalerigu Nursing and Midwifery training schools respectively.

Some of the supporters opposed that the TEIN executives should not be allowed to vote. Supporters from the camp of the four chairperson aspirants clashed over the announcement.

The police later managed to restore calm but the voting process was halted temporarily.

Meanwhile, a total of 223 delegates are expected to cast their votes to choose new regional executives for the National Democratic Congress (NDC) in the North East Region.