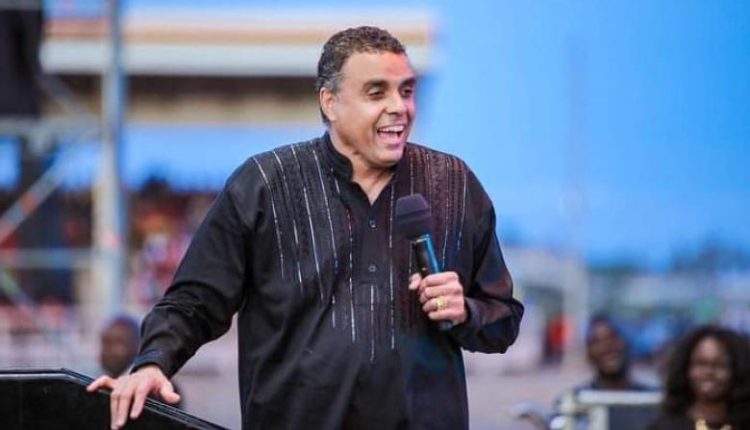 The founder of the LightHouse Chapel International, Bishop Dag Heward-Mills has berated the continuous paying of $40,000 monthly to the contractors of the National Cathedral project.

In his estimation this is untenable, especially at the time the country is going through an economic turmoil and there is no assured funds for the construction of the cathedral.

Bishop Dag Heward-Mills said the construction, which is in the 6th year, ought to have a new approach to guarantee its completion.

“Continuing to pay contractors $40,000 (forty thousand dollars) a month as we wait to procure a huge loan in this hostile atmosphere sounds dicey to me.

I do believe that almost six years down the line, we need to look at a different approach to achieve our goal of building God’s house in Ghana,” the venerable preacher said in his resignation letter as a member of the Board of Trustees.

The Bible scholar also disclosed some of the fund-raising methods have rather incurred losses.

He thus advised of a new method that would yield the much needed funds to continue the construction of the project.

“I do believe that the fund-raising methods we have attempted have not yielded much. Indeed, some of the programmes we have held have cost more than the monies we have raised from them.

I suggest another form of fund-raising where we would be guaranteed more donations from denominations, churches, individuals, businessmen and corporate bodies. I would be happy to discuss these if the committee is interested in that,” he added.

The LightHouse Chapel International’s founder also said questions being asked by Ghanaians about the project are reasonable and must be addressed.

“I am a firm believer in the President’s vision. I believe that the public can see and is questioning the fact that we have spent almost six years since the sod-cutting of this project as well as over $30m (thirty million dollars) of public funds, to excavate a massive pit in the centre of the city.

I do believe that many of the questions that are being asked and hurled at the National Cathedral Project are reasonable and legitimate questions by objective citizens who just want answers to their questions.”

The National Cathedral Project has been one of the controversial public issues, since the project was commissioned.

Apart from the questions of accountability repeatedly raised by the Minority in Parliament, there have also been concerns about the relevance of the project, in the face of the country’s current economic crisis.

There have also been conflict of interest including possession of multiple identities among other suspicious dealings allegations against the Secretary of the National Cathedral Board of Trustees, Rev. Victor Kusi-Boateng, who doubles as the founder of Power Chapel Worldwide.

Meanwhile, the Executive Director of the National Cathedral of Ghana, Dr. Paul Opoku Mensah has dismissed the allegations.

He explained that the said amount which was paid on September 8, 2021, was a loan from a board member whose name he fell short of mentioning.

He stressed that the amount was requested from the state in August 2021 to be used to pay the contractors but was delayed due to some processes at the Controller and Accountant General’s Department.

Hence, the board member offered to loan the money through his company, JNS Talent Centre Limited to be paid later without any interest.

According to him, there is no illegal payment as suggested by Okudzeto Ablakwa and there are documentations which have been submitted to Parliament to prove his explanations.

He advised the North Tongu MP and other critics of the project to seek clarification from the National Cathedral Secretariat before raising accusations.