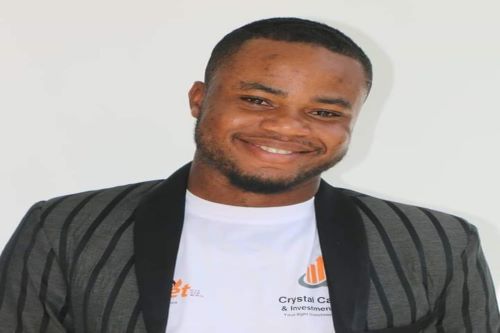 For a country that prides itself as a pioneer in the fight for liberation from the shackles of colonialism and oppression, one would expect Ghana, the Gateway of Africa to have become a land of endless opportunities for all manner of people especially its citizens. The story however after 60 years of so-called independence is far from worth-celebrating.
The elite as well as Leaders in whom the masses have reposed trust to right the wrongs of colonialism have instead, ganged up to ensure a barbaric perpetration of the people’s suffering.
The recent GETFund scandal is one of many attestations to the fact that the Ghanaian bourgeois have resolved to establish a permanent roadblock to ensure that the already wide gap that exists between the rich and the poor is never closed.
This article comes on the back of the recent GETFund brouhaha that has ricked the entire country. GETFund was established in the year 2000 under the Rawlings Government with Dr Ekwow Spio-Garbrah as then Minister of Education, to provide finance to supplement the provision of the education at all levels by Government, while also supporting other important areas of the Ghanaian educational setup.
In fact, the GETFund Act 581 article 2 section 2b clearly points out that the fund is mandated to “To provide supplementary funding to the Scholarship Secretariat for the grant of scholarships of gifted but needy students for studies in the second-cycle and accredited tertiary institutions in Ghana”. This particular section of the act is what begins to beg many questions, taking recent happenings over the last eight years into perspective.
First, it is worth mentioning that the primary mandate of the GETFund is not to retail scholarships but rather to supplement the work of the Ghana Scholarship Secretariat.
Now, the fact that over the years, GETFund administrators have connived with cronies to illegally redirect the focus of the body into a scholarship agency is not even as baffling as is the deliberate attempt to use the fund to the benefit of well-to-do ruling class citizens to the disadvantage of the genuinely poor but needy people who are the targets of such social intervention policies.
While many brilliant Ghanaian students have had to struggle to pay moderate fees in most cases around GHC2000, the GETFund has been busy dishing out dollar scholarships to wealthy state officials to attend conferences and undertake various irrelevant courses in First-grade universities abroad.
How can the GETFund award USD52,000 to an individual to study abroad for a Bachelor of Arts when that amount could have funded at about 20 people to pursue that same programme here in Ghana?
According to the recent report by the Auditor-General, a total of 3000 Ghanaians have benefited from GETFund scholarships between 2012-2018. Now, that is not the big deal. The big deal is the fact that of the 3000 beneficiaries awarded various scholarship grants totaling GHC425 million, a whopping 2217 beneficiaries were funded to study abroad when the GETFund Act clearly states that it was set up to support education in Ghana.
The big deal is that for over 6 years running, the GETFund has repeatedly overspent its budget by an average of about 500% each year. The actual big deal is that ruling class citizens in spite of the numerous benefits they enjoy from taxpayers money, have greedily snuck themselves into GETFund beneficiary list to still scramble for the little that is left of the national cake with the poor ordinary citizens.
Fellow countrymen, how can we run a country like this? What have poor people done to politicians to be meted such injustice? How can Ministers holding PhDs be scrambling for scholarships reserved for underprivileged young people? How can we progress as a nation while holding on to such backward, greedy and selfish ways of doing things?
How is it that 70% of GETFund scholarships over the last 8 years have been towards foreign education where people are studying regular courses which are offered by Ghanaian universities at very high standards?
Clearly, somebody needs to answer all these mind-boggling questions and more.
Heads must roll and the President needs to sit up and let people understand that the ordinary man pays public officials heavy salaries to serve them and not the other way round. In the coming weeks, we expect to see a complete overhaul of the entire GETFund administration and all other agencies within its chain of operation.
Politicians and other public servants need to understand that they are in office in the interests of the people and exploiting the very people they are supposed to be serving is not only morally wrong but ethically condemnable in no uncertain terms. On the part of citizens, we need to be more assertive and to task public office holders to be accountable.
The current trend of who-you- know which we have internalised and subconsciously accepted needs to be paid attention to.
It is your taxes that are pooled into large funds for these scholarships and other interventions.
As such, it is absolute balderdash to allow anyone to suggest that you need to have a personal relationship with them to enjoy the fruits of your own taxes. To government and particularly the President, the day of reckoning beckons.
And when that day comes the people will take back their power and there will be no place to hide. Long Live Ghana.

SUSPENSION OF GHANA CARD REGISTRATION IN E/R: “ISSUE A FRESH STATEMENT, APOLOGIZE AND RE-CANCEL THE EXERCISE PROPERLY” – AYENINI TO NIA