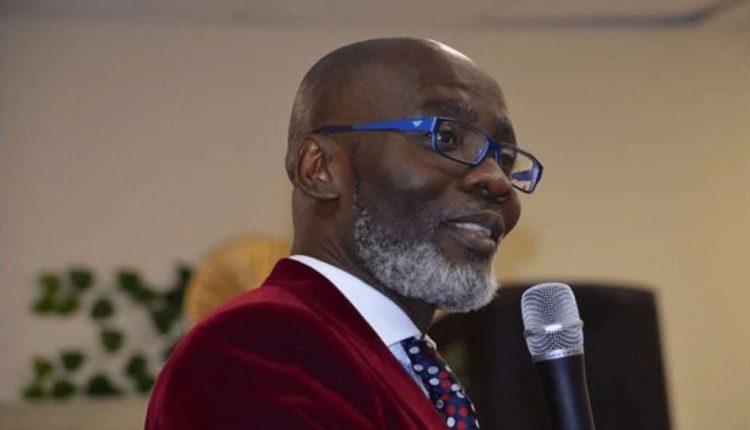 A leading member of the New Patriotic Party (NPP) Gabby Otchere Darko has said said that uncertainties on Ghana’s revenue mobilisation efforts, including e-levy and benchmark reversals are all contributing to make the money market jittery about Ghana.

He also indicated that the hung parliament, 137-137 for the National Democratic Congress (NDC) and the New Patriotic Party (NPP) and one Independent lawmaker, is also resulting the same situation.

But Mr Otchere Darko who is a former Executive Director of the Danquah Institute said in a tweet on Friday January 14 that “Uncertainties on our revenue mobilisation efforts, including e-levy and benchmark reversals, the nasty nature of our hung parliament are all contributing to make the money market jittery about Ghana. The consequences of our internal points-scoring are greater and against us all,”

Uncertainties on our revenue mobilisation efforts, including e-levy and benchmark reversals, the nasty nature of our hung parliament are all contributing to make the money market jittery about Ghana. The consequences of our internal points-scoring are greater and against us all

The Minority in Parliament had rejected the E-levy proposal in the 2022 budget statement.

Contributing to a debate on the floor of the House Tuesday December 7, last year, Minority Leader, Haruna Iddrisu said “We are unable to support government and we will continue to oppose it.”

The Finance Minister had announced in the budget statement a new levy to be charged by government in 2022 on all electronic transactions to widen the tax net and rope in the informal sector.

But the proposal has met resistance from the Minority in Parliament.

Haruna Iddrisu said the E-levy is a disincentive to the growth of digital economy. To that end, he said, the Minority will not support it.

Speaking at a post budget workshop in Ho on Saturday November 20, 2021, he said “Mr Speaker, understandably, we see that the Minister of Finance seeks to introduce some measures including the now popularly declared e-levy or digital levy  as some have quite named it.

A statement issued by the GRA on Thursday January 13 said “Following the outcome of a meeting held on Wednesday 12th January 2022 the customs Division of GRA has been directed to suspend the implementation.

“Government’s policy directive on removal of reduction of values of imports on selected items until further notice to enable more engagements with all the relevant stakeholders.”Scan-13-Jan-2022-1Download

This also came after President Nana Addo Dankwa Akufo-Addo ordered the suspension of policy to allow for further consultations.

The president’s order came after the Finance Ministry had agreed to further engagement on the discounted benchmark reversal after crucial meeting with other stakeholders.

The meeting on Thursday January 6 was attended by the Finance Minister Ken Ofori Atta, trade union leaders, Customs and the Ghana Revenue Authority (GRA) to conclude on what was termed” satisfactory values for importation”.

The reversal was to affect 143 items under three categories prescribed by the Ghana Revenue Authority.

The benchmark value, which is the amount taxable on imports, was reduced by 50 percent for some goods. The government had hoped that this was going scale up he volume of transactions of make Ghana’s ports competitive.

The government decided to reverse this decision after it met opposition from Association of Ghana Industries and the Ghana Union of Traders Association (GUTA).

But it met opposition from trade unions including the Ghana Union of Traders Association (GUTA) and Importers and Exporters Association of Ghana (IEAG).

The Executive Secretary of the IEAG, Sampson Asaki Awingobit, served notice to sue the government over the reversal.

The world’s most powerful passports for 2022

SA schoolboy guns down classmate and kills himself