The Parliament of the Republic of Ghana has been petitioned to commence processes leading to the impeachment of President Nana Akufo-Addo.

This is in reaction to a barrage of allegations levelled against the President by one Evelyn Aidoo Alias Serwaa Broni, a Canada-based Ghanaian lady.

Among other allegations, she alleges that President Akufo-Addo, after having intimate relationship with her, “used the national security operatives to cause an armed robbery attack on her to retrieve phones and gadgets purported to erase damning evidence of the intimacy against the president”.

This armed robbery attack, Serwaa Broni alleged, was orchestrated on her by one Mr. Hopeson Adroye who was then the Deputy National Security Coordinator in charge of the Airport.

The petitioners, Issifu Seidu Kudus Gbeadese, Elikem Kotoko and Stephen Kwabena Attuh, believe that the allegations, if proven to be true, would amount to “human rights abuse, abuse of office, exposing the security of Ghana to external threat…” as well as “…dragging the name of the high office of President into disrepute”.

The three, in their petition, indicated that they draw their motivation for the petition from Article 41 (a), (b) and (f) of the 1992 Constitution of the Republic of Ghana to uphold and defend the Constitution.

They further stated in their petition that they believe the allegations levelled against the President in her publications and subsequent interview on Loud Silence TV hosted by Kevin Ekow Baidoo Taylor on April 17, 2022 established sufficient grounds for the invocation of Article 69(1) of the Constitution, 1992.

They have therefore called on Parliament to launch an inquiry into the allegations and if proven to be true, commence impeachment proceedings against the President.

Read the full petition below; 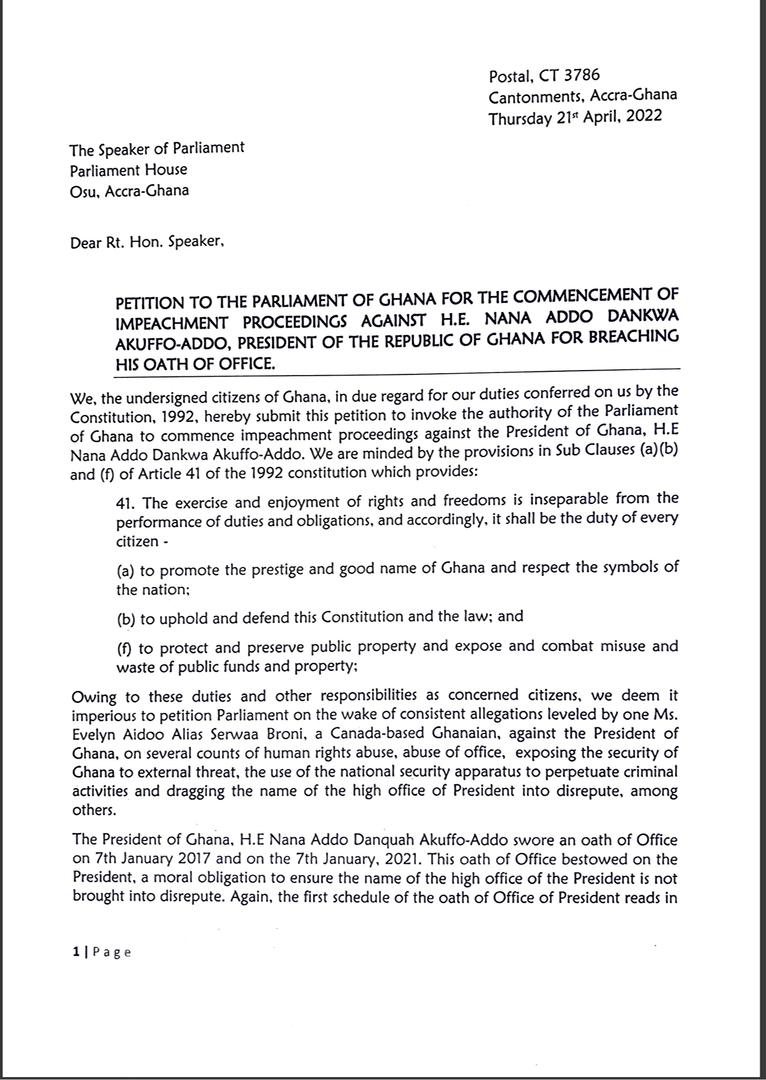 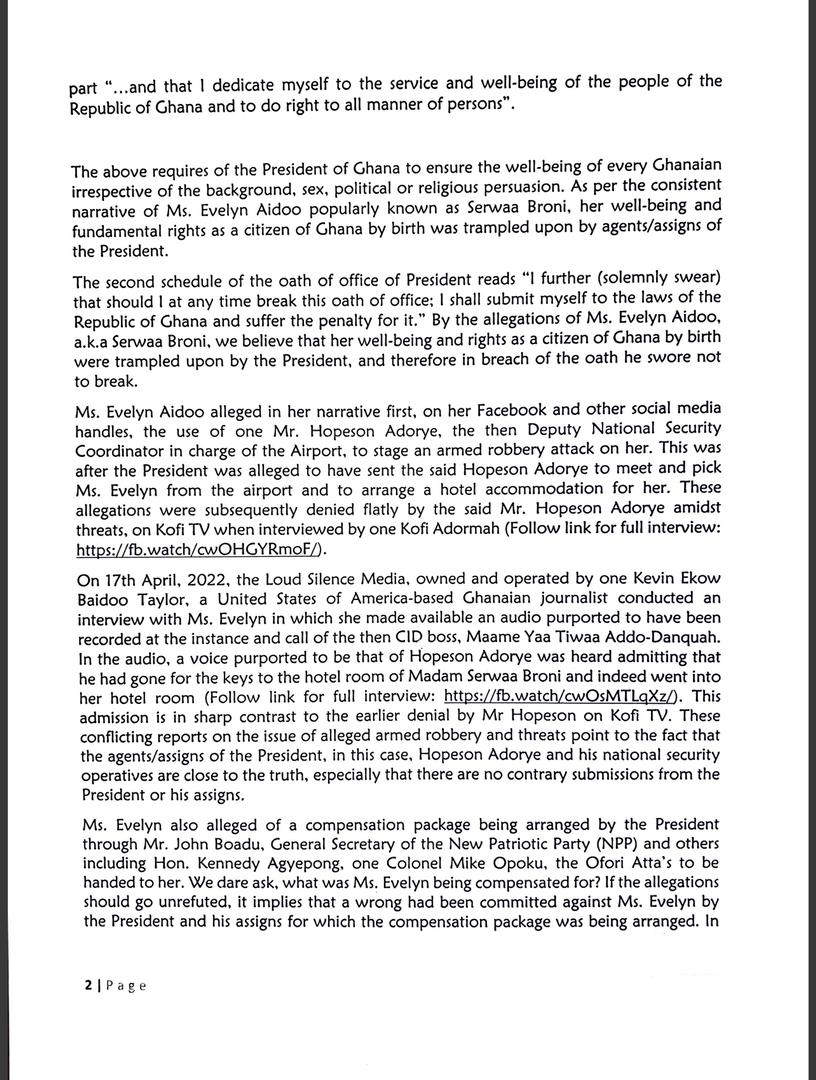 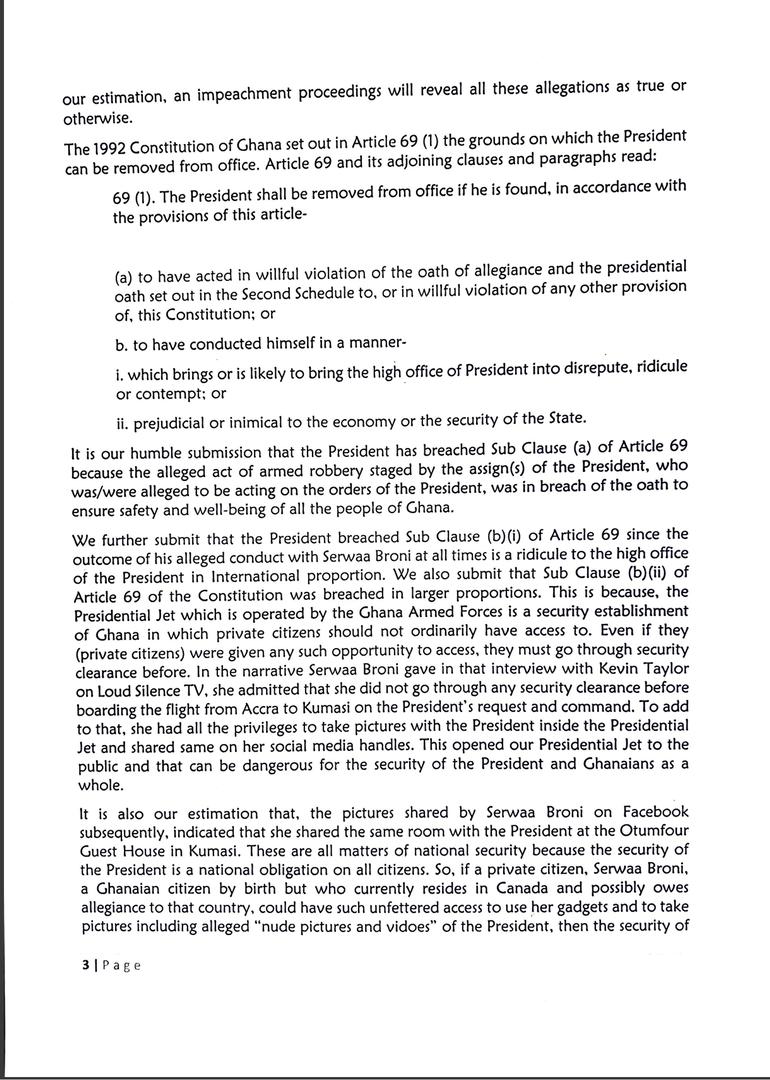 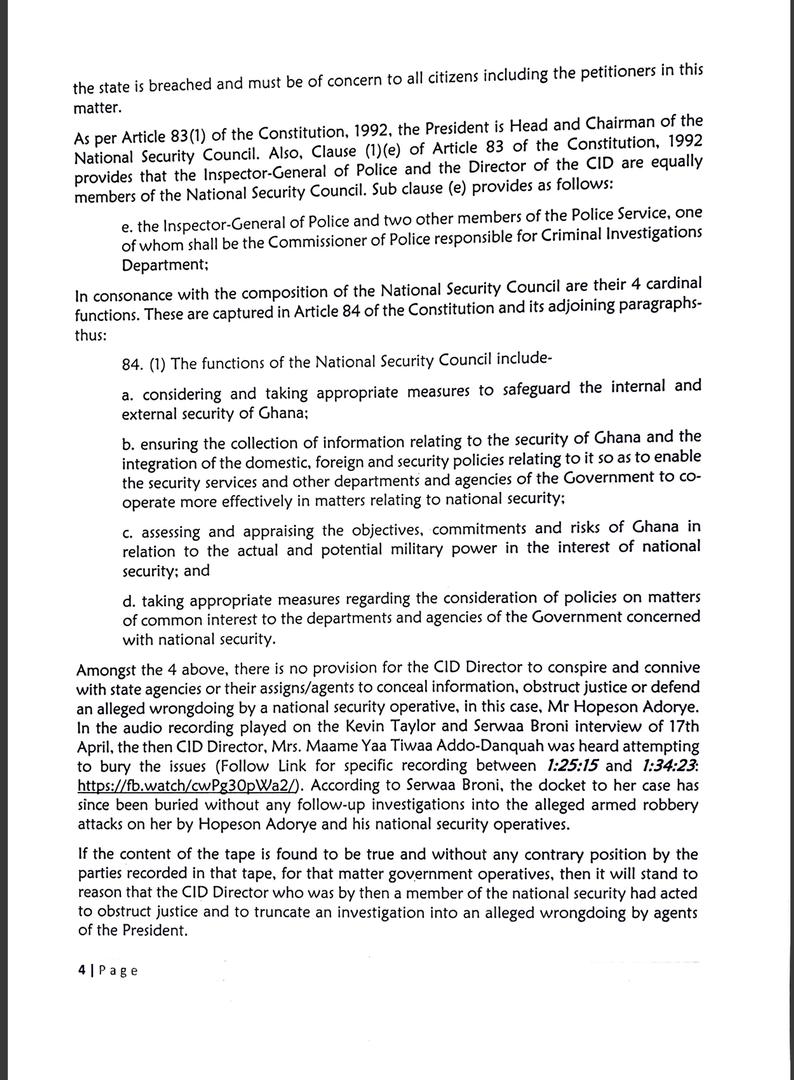 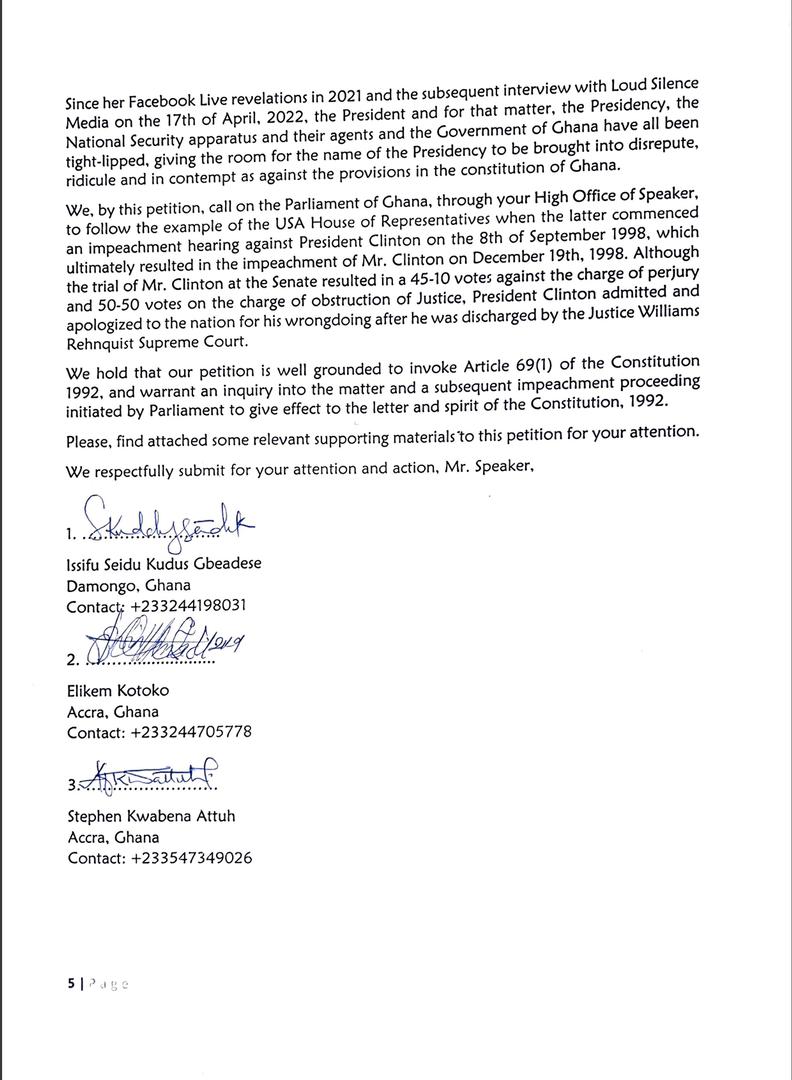