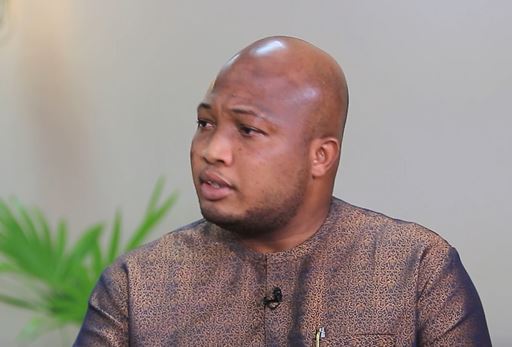 The Member of Parliament for North Tongu, Okudzeto Ablakwa, has taken on President Nana Addo Dankwa Akufo-Addo over his seeming silence on the recent tidal waves disaster in parts of the Volta Region.

Mr. Ablakwa said the President’s swift response to foreign tragedies as compared to his slow reaction towards happenings in the country is unacceptable.

“President Nana Akufo-Addo’s conduct since this national tragedy is totally unacceptable. When this happened, I expected him to have canceled his trip to Cape Verde. He should have driven some three-hour journey to visit the victims.

“That is what you expect from leaders who care for their people. Not even a statement or a tweet [about the tidal waves]. Not a Facebook post acknowledging what is happening. This is a President who is quick to comment on tragedies that are happening elsewhere,” Mr. Ablakwa complained.

Residents living in some communities along the Keta – Aflao stretch have told Citi News that they are living in fear after the sea washed away some homes in the area. The communities, especially Salakope and Amutinu, were the hardest hit.

“There is no place to relocate the people to. The banks of the lagoon would’ve been the safest, but that has also flooded as the sea rises” the Assembly Member for Agavedzi Electoral Area said to Citi News’ Fred Duhoe.

According to the Assembly Member, Ebenezer Assah, if the situation is not addressed by the government in time, the sea will split the road and cause greater havoc to residents.

He said, “the tidal wave rises mostly at night when the entire community is asleep, which makes the situation more dreadful”.

In another development, the foyer of Ghana’s Parliament on Friday, 12th November 2021, witnessed a scuffle between South Dayi MP, Rockson Dafeamekpor, and Nhyiaeso MP, Stephen Amoah, over the authenticity of a picture used by the Majority side in a press statement on the current tidal waves disaster in parts of the Volta Region.

The two MPs could be seen angrily exchanging words and hurling insults at each other after the Minority disagreed with the stance of the Majority in Parliament on the Tidal waves disaster, and a claim that sand winning and not the absence of the sea defense wall, was the cause of the disaster that affected some residents in the Volta Region.

It was during the Minority side’s attempt to respond to the press conference that the two Members of Parliament nearly clashed in the heated scuffle.