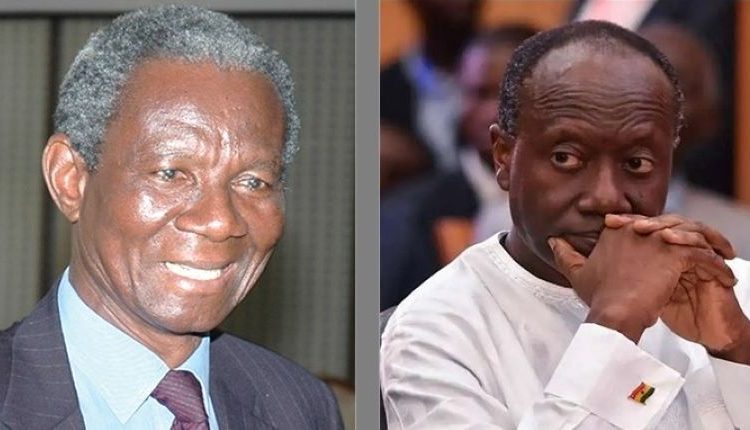 According to the statesman, he would have gladly complied to help restore Ghana’s fortunes if Ken Ofori-Atta was not at the helm of the Finance Ministry.

Ghana is currently at the doors of the International Monetary Fund (IMF) for a financial bailout amid a financial crisis.

“I would have been proud to contribute as Ghanaian but I will not contribute one pesewa for Ken Ofori-Atta leading this, he led us into a gutter,” Mr Pianim said.

Speaking to Accra-based TV3, he called on Mr Ofori-Atta to render an apology for the doom he has caused Ghanaians.

He further argued that instead of Mr Ofori-Atta merely expanding on the programme during his recent address, he should have “said I apologize, this is the result of economic mismanagement, I apologize to Ghanaian people.”

“Look there are pensioners who have put their resources into government bonds, you’re asking them, I am not going to pay, Look at the exchange program, and think about it carefully when you talking to your colleagues,” he added.

“Ken is saying I’m not going to pay any interest on this year’s whiles I’m Minister of finance and President is still president, then afterward you are going to take a look at it.”

The economist did not end there. He expressed worry about the path the New Patriotic Party (NPP) is going if the current situation persists.

The party, according to Kwame Pianim, is digging its hole if it does not push Akufo-Addo to remove Ken Ofori-Atta from the post of Finance Minister.

“The IMF Ghs3 billion that they are going to give us, I want them to frontload it so that I chop it before I go, is that genuine?  Are you serious that this is genuine? If Ken Ofori-Atta continues to be the Finance Minister this government will go down,” he said.

Government and Organised Labour agree on 30% base pay increase