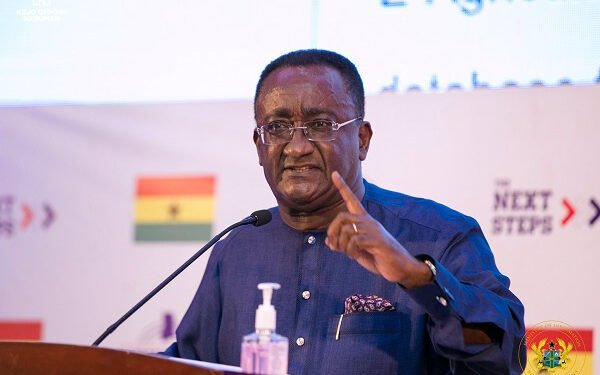 The Ministry of Food and Agriculture (MoFA) has released a statement rubbishing fears by former President John Mahama that there could be a food shortage in the country next year.

The statement from the ministry noted that the former president was trying to divert attention from his do or die remarks about the 2024 election.

The ministry in a statement said: “the former President, in an attempt to shift the public discussion from his rather reckless and infamous ‘Do or Die’ comment which has attracted public backlash, has decided to attack one of government’s most successful flagship policies Planting for Food and Jobs.” The statement said that the former president was trying to shift the public discussion away from his controversial Do or Die comment. It noted that the Planting for Food and Jobs was one of the government’s flagship policies.

The statement noted that aside from being a reckless leader, the former president was also engaging in scare-mongering.

The Planting for Food and Jobs campaign is a flagship project of the Akufo-Addo government. Its five implementation modules are focused on improving food security, creating jobs, and accessing markets for selected crops.

The statement noted that the programme had been successful in its objectives.

“Today, many more farmers are aware of the need to adopt the use of fertilizers and improved seeds in order to increase production.”

“We, therefore, wish to reiterate the fact that the country is very safe from any threats of food shortage and that the Former President is only engaging in a desperate scaremongering just for political expediency,” the statement said.

Plot to kill a Joy FM journalist: NPP’s Frankenstein’s Monster is on the prowl again looking for blood – NDC

Ghana needs a businessman as President; our problem is leadership –…