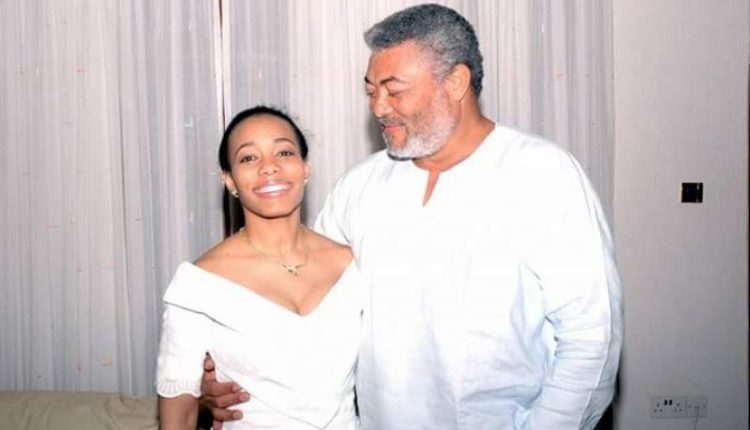 The daughter of the late former President, Jerry John Rawlings, Dr. Zanetor Agyeman-Rawlings, is urging the leadership of the opposition National Democratic Congress (NDC), to take steps to re-admit her mother, Nana Konadu Agyeman Rawlings into the party for the sake of unity.

The former First Lady resigned from the NDC in 2012.

In 2008, she contested the late President John Mills during the party’s presidential primaries but lost woefully; a situation which some believe informed her decision to establish her own party; the National Democratic Party (NDP) in 2012.

Mrs. Rawlings has since been very critical of the NDC, and has on several occasions questioned the running of the country during the party’s tenure.

Nana Konadu Agyeman Rawlings vowed never to return to the NDC under any circumstance.

Her husband and founder of the NDC, the late former President John Rawlings appealed to his wife to consider returning to the party.

He nonetheless acknowledged that his wife cannot be entirely blamed for taking the decision to leave the party they both toiled for.

Speaking at the first-anniversary commemoration ceremony for the late President at the NDC Headquarters, on Friday,  November 12, 2021, Dr. Zanetor Agyeman-Rawlings argued that her mother, Nana Konadu Agyeman Rawlings was an integral part of the NDC and needs to be accepted back.

She believes this when done will reunite the party for victory during the 2024 elections.

“I want to use this opportunity to ask that as we remember the old man who we never expected to pass when he did, let’s make amends. Let us approach those we have wronged.”

“At this juncture I would want to say what no one wants to hear. Nana Konadu Agyeman-Rawlings is an integral part of the party. Let us do all we can to bring her back. In every family there is conflict, but there are also elders who will mediate the conflict. We are calling on our elders, this is the time. We don’t know what tomorrow holds, but if we want victory to rescue the people of Ghana from their current situation, let us do what we have to do.”