The Google Pixel Watch has made an appearance online in the form of leaked renders ahead of its imminent launch. Google will be unveiling its first-ever smartwatch on Thursday, October 6. However, the upcoming smart wearable has been floating around the rumor mill for quite some time now.

The Pixel Watch has been subject to a lot of leaks lately. Also, Google is creating hype around its maiden smartwatch by teasing its key features. To recap, the American tech giant shared a teaser video last month that gave us a glimpse into the Pixel Watch’s design. 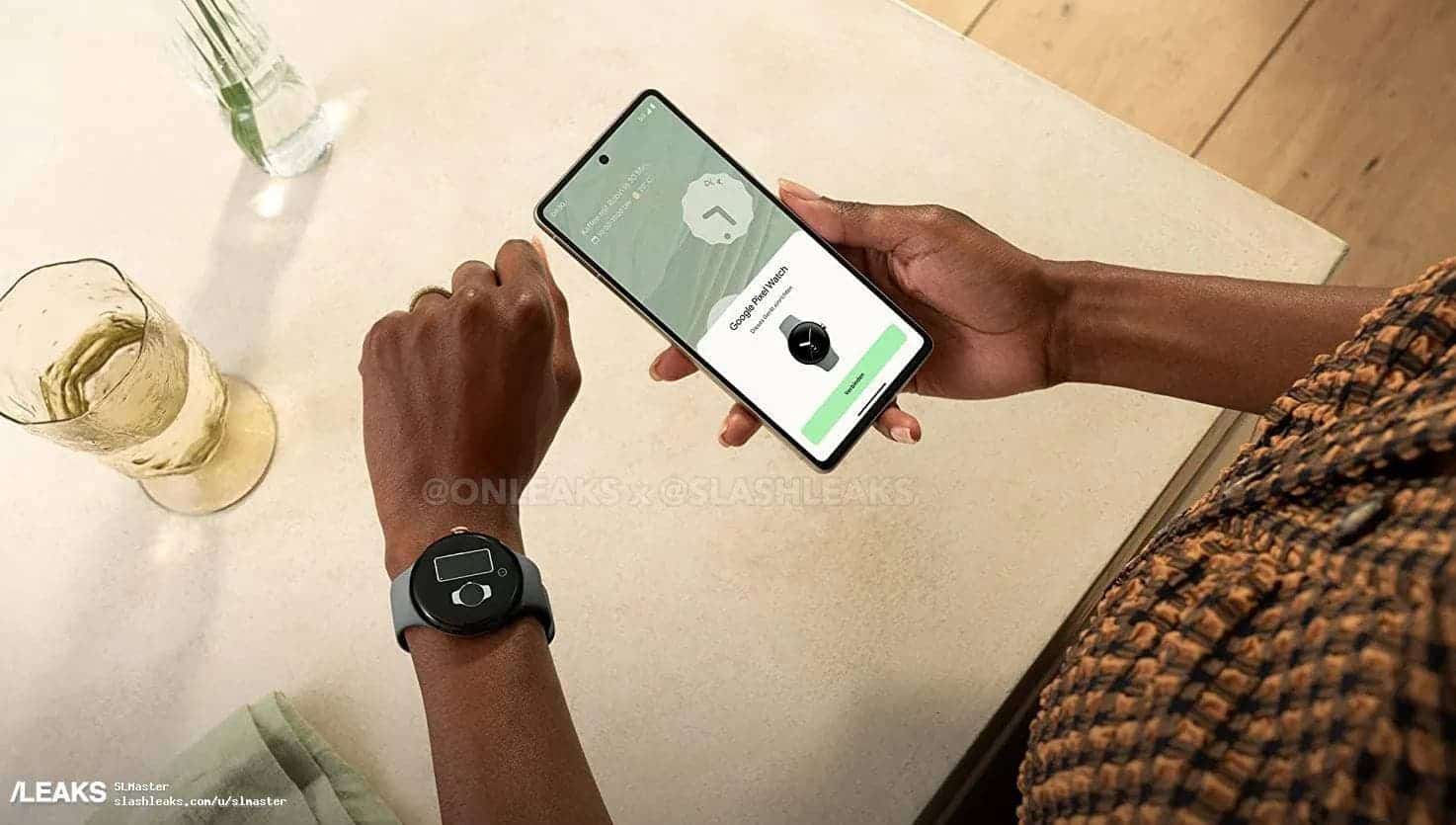 The highly-anticipated Pixel Watch sports a round dial. Moreover, you will be able to choose between a myriad of color options. Google has already revealed the watch will come in a Silver color option. Notably, the smartwatch is likely to arrive in Hazel, Chalk and Gold, Silver, as well as Obsidian Black colorways.

It is no secret that the Pixel Watch will be a premium smartwatch. Also, Google has divulged some key details about the smartwatch via teasers. Reliable tipster OnLeaks has given us a glimpse into the Pixel Watch color options. These include Gold, Silver, and Black. Moreover, the Pixel Watch will offer a slew of strap options. You will be able to choose between Green, Beige/ Brown, Grey, Lemongrass, Red, and Olive. Also, the silicone straps will be available in loop styles. Also, these straps will probably be interchangeable. The leaked Pixel Watch renders also reveal the watch faces. Aside from this, the images show a crown button on the side. This button could come in handy for navigating the UI. The Pixel Watch will reportedly come in Bluetooth and LTE options. The Bluetooth variant’s starting price could be $349.99. However, the LTE variant could set you back $399.99.

Hundreds of houses in New Juaben North submerged after downpour