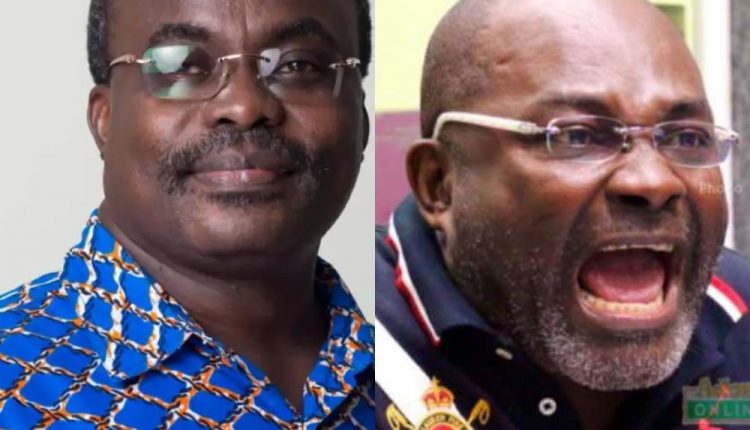 Kwesi Twum to drag Kennedy Agyapong to court for defamation

Joy Fm, the Multimedia Group and their CEO, Kwesi Twum are set to drag the Member of Parliament for Assin Central, Kennedy Agyapong to court over “false and defamatory statements”.

“Joy FM, The Multimedia Group and the Chief Executive Officer, Kwasi Twum have been compelled and have taken a firm decision to afford the MP, his media and organization and three (3) of his employees. The opportunity to prove the allegation in court”, part of the statement read.

The press release also added that two other online publications that also circulated the outright falsehoods without care or any attempt to verify the allegations against the three plaintiffs have been joined to the suit as defendants.

“The broadcasts and publications falsely sought to portray the plaintiffs as unethical, unprofessional and criminal. The broadcast and publications as well as associated defamatory commentary have been carefully and meticulously gathered and formally transcribed and translated. Our lawyers are under firm instructions to sue to clears our names”, the statement added.

They assured their “cherished audiences, stakeholders, clients, as well as family, friends and alumni” that their lawyers will today file the suit and expressed their appreciation for their “patience and unrelenting support in this pursuit to vindicate our rights, reputations and business”.

Kenndey Ohene Agyapong is the owner of Kencity Media, operators of Net2 television and Oman Fm in Madina – Accra, and Ash FM in Kumasi.

He is currently the Chairman of the Parliament’s Defense and Interior Committee and has recently been appointed the Board Chairman of Ghana Gas Company Limited.

Below is the statement 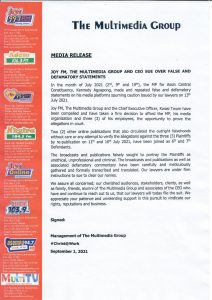 Killing of international journalist: 2 suspects killed by police, others arrested