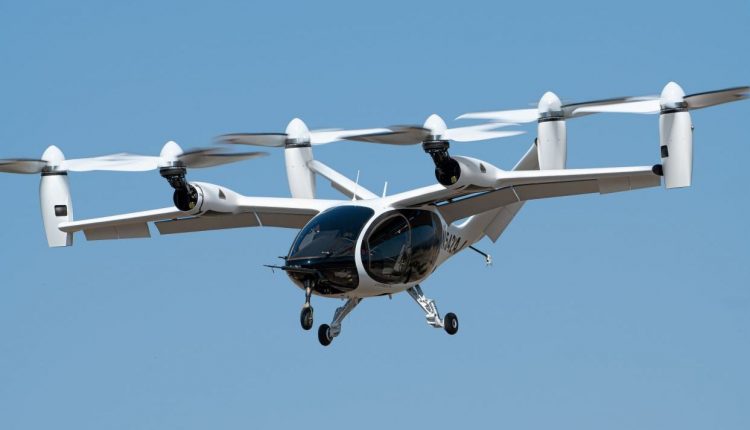 Delta has added itself to the list of airlines partnering with developers of electric vertical takeoff and landing aircraft (eVTOL) in its deal with Joby to transport premium passengers by air taxis to airports for quicker commutes to their flights.

The companies said the project calls for Joby to operate its eVTOL planes for air taxi service to airports that Delta travelers will be able to book at the same time as their traditional flights. They said the “transformational, sustainable, home-to-airport transportation service to Delta customers” will be the first of its kind, and initially begin in New York and Los Angeles before being expanded to other cities.

Though it’s unlikely those commutes would actually begin from passengers’ driveways or lawns – much less hotel sidewalks – air taxi flights from nearby spots would potentially cut 50% or more of travel time to airports compared to ground options.

Details provided describe Delta making an up-front $60 million investment in Joby, which is currently advancing its eVTOL prototype toward Federal Aviation Administration certification and intended launch in air taxi service in 2024. As their work providing Delta clients speedy aerial commutes to airports grows, the companies said the total flow of funds to Joby under the mutually exclusive partnership could rise to $200 million. The link-up covers an initial five-year period and is eventually expected to operate in cities in both the US and UK. Use of Joby eVTOL for transport of premium Delta passengers will take place parallel to the next-generation aircraft developer managing its own air taxi services for the wider pool of potential clients.

The move by the Atlanta-based airline is the latest example of a traditional carrier taking a position in next-generation, battery-powered plane development before those craft have taken to the skies in an established, stand-alone air taxi sector.

It follows deals by United Airlines with eVTOL companies Archer and Eve Mobility. American Airlines, Virgin Atlantic, and Air Asia have inked similar accords with London-based Vertical Aerospace either through direct stakes, aircraft purchases, or both.

“Delta always looks forward and embraces opportunities to lead the future, and we’ve found in Joby a partner that shares our pioneering spirit and commitment to delivering innovative, seamless experiences that are better for our customers, their journeys, and our world,” said Delta CEO Ed Bastian. “This is a groundbreaking opportunity for Delta to deliver a time-saving, uniquely premium home-to-airport solution for customers in key markets we’ve been investing and innovating in for many years.”

Both the cash infusion and confidence inherent to its partnership with Delta will boost morale at Joby, whose viability has recently come under ferocious attack by an activist Wall Street hedge fund shorting the startup’s stock. Joby CEO JoeBen Bevirt cheered the deal with Delta as another milestone in the company’s evolution in becoming a major player providing people and partners innovative, emission-free aerial craft and services.

“We share Delta’s unwavering commitment to delivering seamless and sustainable journeys to customers,” Bevirt comments. “Their history of innovation, along with their vast operational expertise and leadership on climate change, make them incredible partners for Joby, and it’s an honor to be working alongside them.”