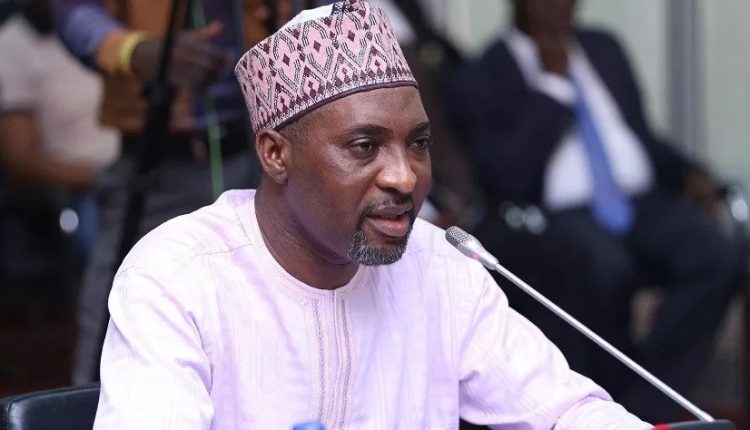 It’s not in our interest to cut our salaries; you also didn’t do when NDC was in gov’t – Muntaka tells gov’t

Member of Parliament for Asawase, Alhaji Muntaka Mubarak, has said the government must deal with the wastes in the system in order to raise the needed revenue for development and not salary cuts.

Speaking in interview with TV3’s Evelyn Tengmaa, the Minority Chief Whip said “When we were in government and our ministers and members were taking parts of the their salaries to build CHPS compounds, our colleagues never participated.

“Why do they want to do their thing and they want us to participate? It is not in our interest to do that. Why am I saying that ? if you continue to see the kind of waste, there is more they can cut as many ministers and government’s functionaries but not the meagre salaries of MPs who are struggling to put body and soul together.”

His colleague National Democratic Congress (NDC) Members of Parliament (MPs) have rejected a suggestion by Information Minister Kojo Oppong Nkrumah that MPs should consider a pay cut as a way of contributing to the development of Ghana.

Mr Oppong Nkrumah who is also Ofoase Ayirebi Lawmaker said he is willing to move a motion in Parliament to get MPs take pay cuts.

“I think that the legislature should also look at pay cut. The executive is looking to cut salaries by X per cent, may be we Members of Parliament, and I will be happy to move a motion on that in parliament that they should also consider taking a pay cut to help to contribute to what we are seeking to do.

“That is what gives you the moral right to then ask anybody else in the economy to take a cut or whatever project, or whatever activities that are going to go on,” he said on the Good Evening Ghana programme on Metro TV Tuesday March 22.

This comes after President Nana Addo Dankwa Akufo-Addo has reduced the salaries of all his appointees by up to 30 percent.

This is one of the measures introduced by the government to deal with the economic problems facing the country at the moment, the Presidency said.

The President assured the nation that the Minister of Finance Ken Ofori Atta will be announcing the measures that have been taken by the government to tackle the economic challenges facing the country at the moment.

Mr Akufo-Addo said this during a meeting with Council of State members at the Jubilee House in Accra on Tuesday March 22.

He said “The Minister for Finance is going to have major engagement with the nation on Thursday where he is going to be in the position to lay out specifically the measures that we have taken or we intend to take to correct or put the ship of sail better.”

Mr Akufo-Addo further observed that the challenges that are facing Ghana are similar to those pertaining in many countries around the world.

He noted that it is no secret that Ghana is going through economic turbulence.

He said the government has the ability of finding solutions to the challenges.

Members of the Council of State have also decided to reduce their monthly allowances by 20 per cent until the end of the year.

This decision was taken due the economic difficulties that the country is facing at the moment, Chairman of the Council, Nana Otuo Siriboe II, said.

Speaking during a meeting with the President at the Jubilee House in Accra on Tuesday March 22, Nana Otuo Siriboe II said “Mr President, over the past few weeks, the Council has been deliberating on the current economic conditions of the country and have been collecting views with the view to sharing with you as early as possible.

“As we were going through our routines, you and your cabinet were at a retreat over the same issues. Since yesterday, we have been fed with snippet of information regarding some of the decisions that you have made.

“We are particularly delighted to read that you and your cabinet have decided to reduce some of your emoluments and your allowances. Mr President, in tandem with your decision we as Council of State had also decided that we will reduce our monthly allowances by 20 per cent until the end of this year.”

Reacting to this development, Member of Parliament for Akatsi North, Peter Nortsu-Kotoe told TV3’s Komla Kluste in Parliament that “If the executive is talking about this then they should also look at the emoluments. What facilities do they have? As executive, they have more facilities than the legislators. We, for instance, provide a number of facilities for ourselves. We pay our drivers, we pay our secretariat, we buy our own fuel. So if the executive is cutting their salaries, are they removing those facilities they enjoy? If those facilities they enjoy will be there then the pay cut for the legislators will not be a fair deal of us.

Komenda Edina Eguafo Abrem lawmaker, Samuel Attah Mills also said “What kind of pay cut? They should let their own people take pay cuts. Their people are on boards, do you know how much they are making from these boards?

“They haven’t given us common fund for over a year now. The pay cut thing is just a gimmick. If we are going to take a pay cut, what are they going to use the money for? We gave them millions of cedis to use for Covid, have they come to tell us what they used the money for? It is not about pay cut, it is about irresponsibility on their part.

Tamale North MP, Murtala Mohammed said “I think that with all due respect, my good friend Kojo Oppong Nkrumah should give us a break. Nobody is taking a dime from my salary. What we are asking this government to do is to reduce the size of the government.”