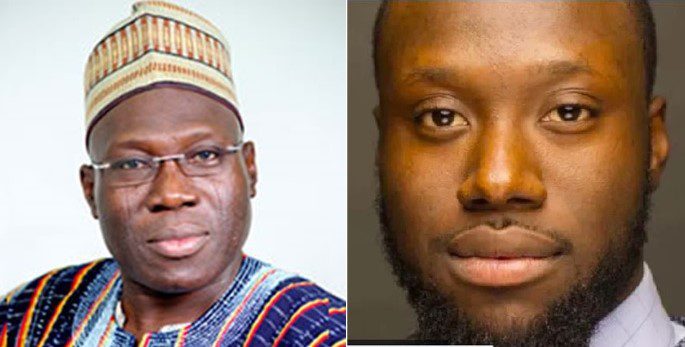 Inusah Fuseini bares it all, explains how his son got involved in US fraud case

Former Minister for Lands and Natural Resources, and MP for Tamale Central, Inusah Fuseinu has reacted, following reports that his son, Abdul Inusah, has been found guilty of money laundering and wire fraud in the United States of America.

The former MP described the development as terrible while seeking to explain the details of what led to the incident.

Speaking in an interview with Asaaseradio.com, Inusah Fuseini explained that his son’s documents were used by his colleague who had requested same for a transaction but unfortunately it turned out he used it for romance fraud.

“As a father, my son told me that one of his colleague students wanted a car and he has documents that allows him to auction vehicles and it turns out the colleague student was involved in a romance fraud,” the former legislator told Asaaseradio.com

31-year Abdul Inusah was arrested for his role in a Huntington-based scheme that defrauded individuals in multiple states through the use of false online personas.

A statement from the United States Department of Justice explained that evidence at trial revealed that “Inusah was part of a conspiracy that targeted victims using false persons via email, text messaging, and online dating and social media websites. From at least January 2018 through at least December 2019, the scheme sought to induce victims into believing they were in a romantic relationship, friendship, or business relationship with various false personas. The victims were persuaded to send money for variety of false and fraudulent reasons for the benefit of the false personas.”

One instance was when one false persona, “Mariama,” was used to induce an Alabama resident into providing $106,000 via wire transfer and cashier’s checks. The amount included $48,000 to pay overdue taxes on nonexistent gold inheritance in Ghana and $21,000 wired to Bitsav Supply LLC, a shell company set up by Inusah. Another false persona, “Grace,” persuaded a Washington resident to wire funds so “Grace” could maintain her South African cocoa plantation and move to the United States to marry the victim. Other victims of the false personas included residents of Ohio and Florida.

The jury found Inusah guilty of receipt of stolen money, conspiracy to commit money laundering, and two counts of wire fraud. The wire fraud counts involve a pair of $2,000 Zelle wire transfers to Inusah from the money obtained using the “Mariama” false persona in January 2019.

United States Attorney, Will Thomposn, described the activities as heart-breaking as vulnerable individuals were targeted.

Abdul Inusah has been scheduled to be sentenced on November 21, 2022 and will face a maximum penalty of 50 years in prison.

Lack of funds for food: Gov’t being insensitive towards students – CHASS